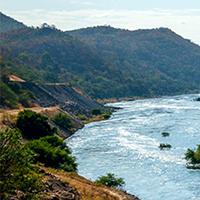 A fisherman who was evidently under the influence of alcohol allegedly drowned in the Zambezi River in Msuna area on Wednesday after he jumped out a canoe and plunged into the waters trying to show off his swimming skills to his colleagues.

The now deceased, Recent Dube (35), of Makwa village under Chief Whange was in the company of his friends Kelvin Nyoni (28) also from Makwa as well as Luckson Tshabalala (35) of Matetsi village in neighbouring Chief Shana area when the incident happened.

The trio was on a fishing camp on the Zambia side of the Zambezi River since the 6th of August until Wednesday when they canoed back to the Zimbabwean side.

I can confirm that we received a report about a man who drowned in the Zambezi River. On 19 August at around 6 am Recent Dube and his two friends canoed back to the Zimbabwean side.

As they were about to reach the riverbank, Dube under the influence of alcohol, tried to demonstrate to his friends how to swim. He jumped into the water and he however drowned.

Nyoni, one of the deceased’s friends, informed a Neighbourhood Watch Committee member Lazarus Nyoni in Chezya village who mobilized villagers to search for the body.

The search team retrieved the body and a report was made to the police who attended the scene.