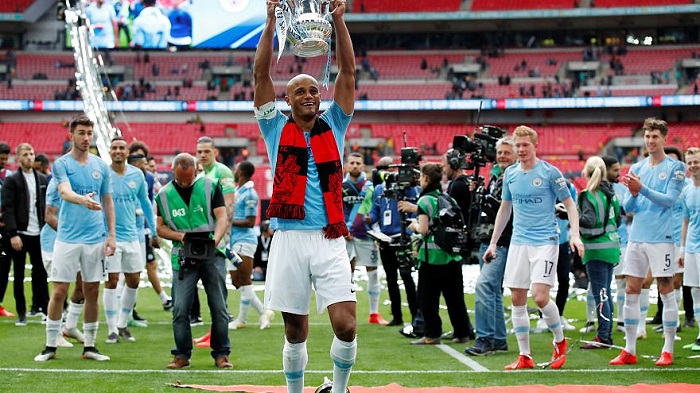 Former Manchester City skipper, Vincent Kompany has announced his retirement from professional football at the age of 34.

The Belgian international gangly defender was now a player-manager for R.S.C. Anderlecht, a Belgian club which happens to be the parent club for Zimbabwean international Knowledge Musona.

Meanwhile, Manchester United were on Sunday booted out of the Europa Champions League after losing 2-1 to Spanish side Sevilla.

The Red Devils had an early lead after Portugal star Bruno Fernandes had converted a penalty but was cancelled by Susso.

In England, Arsenal manager, Mikel Arteta was given a more prominent role in Arsenal’s transfer business following the shock exit of head of football Raul Sanllehi, with the Spanish coach to have the final say on all transfers.

Arteta will now work closely with technical director Edu to decide transfer targets, with Venkatesham signing off budgets, and the Arsenal head coach will be given the final say on all incomings and outgoings.