The Zimbabwean government has dismissed reports of human rights violations, abductions and war on the citizenry. We present the full statement below.

Government has taken note of false allegations of human rights abuse and ‘crisis’ in the country being peddled by known political activists and misinformed individuals and global actors. To set the record straight, there is no crisis or implosion in Zimbabwe. Neither has there been any abduction or ‘war’ on citizens Like any other country in the world. Zimbabwe has been enforcing Covid-19 Lockdown regulations intended to safeguard and protect the lives of all citizens. Where necessary, the law has been rattly applied.

The deliberate attempt to smear the Country’s image is betrayed by the use of doctored images, old video clips and highly exaggerated claims on social media, all intended to paint a picture of a “burning Zimbabwe.”

Nothing could be further from the truth.

Zimbabwe today, is peaceful and all citizens are free to go about their business as usual, within the boundaries set by the Lockdown regulations His Excellency, President Emmerson Mnangagwa’s Second Republic believes in upholding the rule of law and freedom of speech. Indeed, it is this freedom of speech that is, unfortunately, being abused by those who seek to push a sinister political agenda.

Government calls on its counterparts in the region and internationally, not to lose perspective of the fact that Zimbabwe has for long, suffered efforts to destabilize it by external forces that have a bone to chew with the country since the historic Land Reform Programme. These efforts have in the past taken many forms, from attempted insurgency to the current organized smear campaign, using blatantly false claims. Such smear campaigns are not unique to Zimbabwe and have been employed in other countries over the years.

We urge those who wish us well to continue to partner us in developing our Count On our part, we will continue on the reform pathway that we are on to ensure a prosperous and democratic Zimbabwe for all citizens. 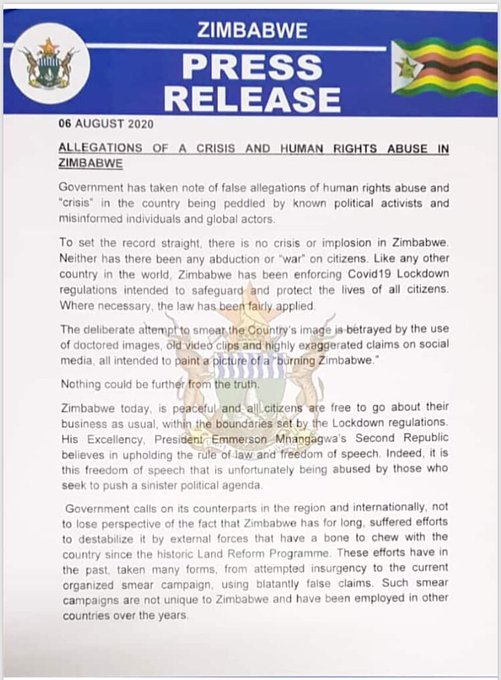 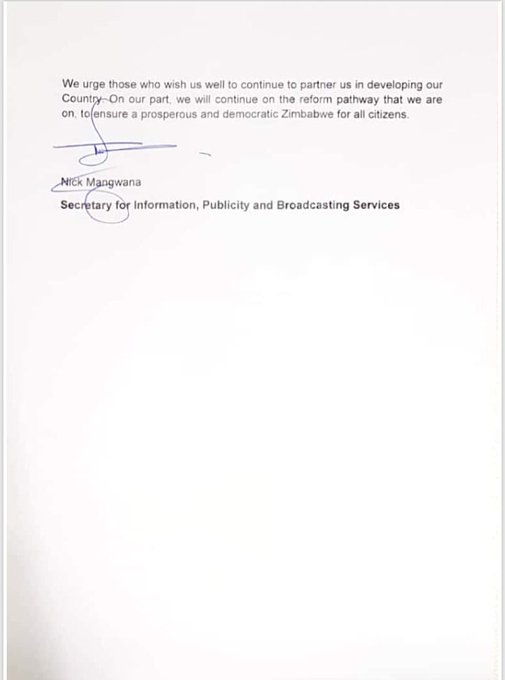