Opposition MDC Alliance has welcomed its leader Nelson Chamisa who has been on compassionate leave also known as bereavement leave following the death of his mother Gogo Alice Chamisa last month.

Below is the party’s statement in full.

STATEMENT ON THE RETURN OF PRESIDENT NELSON CHAMISA

The MDC-Alliance welcomes back President Nelson Chamisa from his leave of absence.

President Chamisa took time to mourn his beloved mother and, shortly after, the sudden death of his uncle.

President Chamisa will resume his official duties on Friday 7th August. The People’s President extends his sincere and heartfelt thanks to the loving people of Zimbabwe and beyond for standing with the family during this difficult family tragedy.

The winds of change are calling. Zimbabwean Lives Matter. It’s time to win Zimbabwe for change. 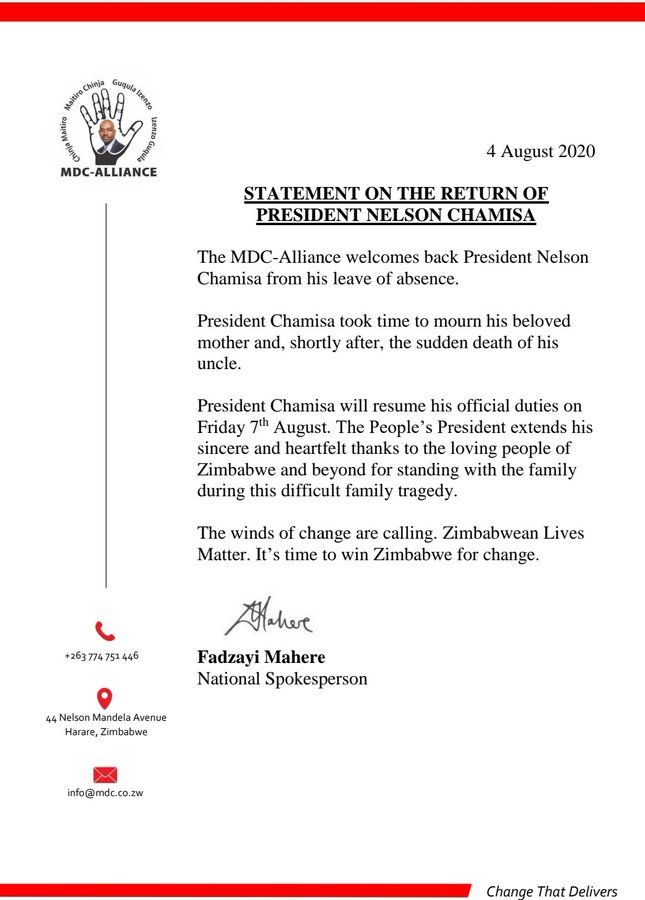 2 comments on “FULL TEXT: Chamisa Returns From Leave Of Absence”