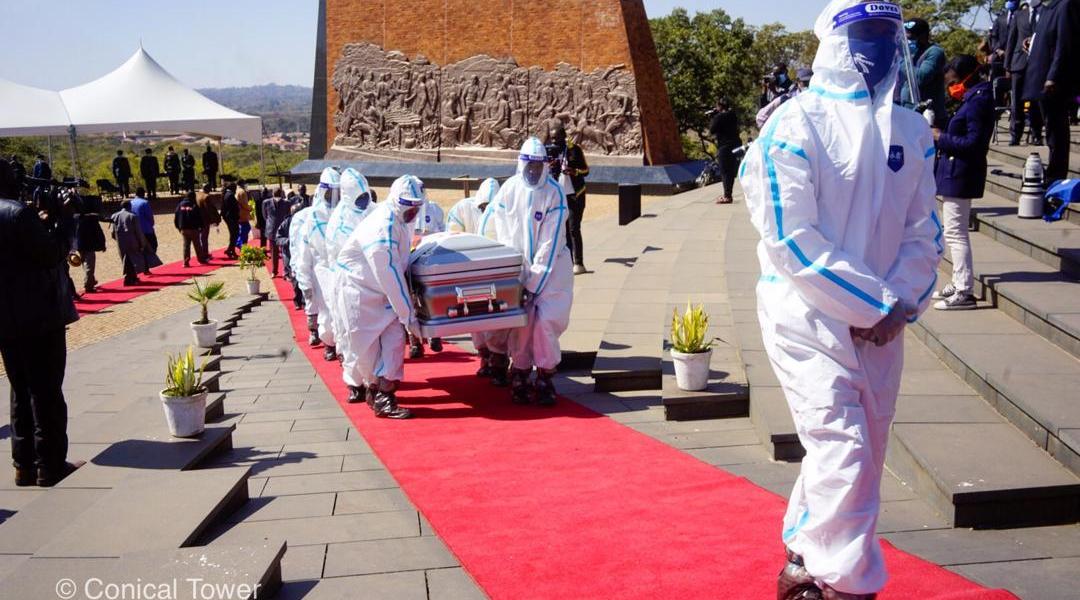 The death of Lands Minister Perrance Shiri, a retired general who led the Air Force of Zimbabwe for many years stirred controversy, as questions were raised over the cause of his demise.

University of Kent law lecturer Alex Magaisa opined that President Emmerson Mnangagwa’s statements and the remarks made by government spokesperson Ndavaningi Mangwana only served to fuel more suspicion over the manner of Shiri’s death, rather than kill the rumours. Magaisa wrote:

Speaking at the funeral wake, Mnangagwa bizarrely waved an envelope saying that they had received results of the cause of death, confirming that it was COVID19. Up until that time, the narrative had been that Shiri succumbed to COVID19. The sight of Mnangagwa waving an envelope gave the impression of a man who was trying too hard. If the intention was to kill suspicions of foul play, it achieved the opposite.

As if that was not enough, Nick Mangwana, Mnangagwa’s Permanent Secretary for Information and Publicity posted a tweet saying “some of the symptoms [of COVID19] are said to even mimic food poisoning”. The tweet was neither random nor innocent. It was posted in the context of rumours circulating around Shiri’s death that he was the victim of food poisoning. If anyone had doubted the plausibility of the theory of food poisoning, Mangwana’s tweet gave it more legs and energy.

I thought the two gentlemen had protested too much. Both Mnangagwa and Mangwana had been drawn to publicly react to a rumour of foul play, which prompted observers to wonder why they felt compelled to do so. Their actions did not kill the rumour. They gave it more life. Shiri may very well have succumbed to COVID19, but the excessive efforts to prove it has left a cloud of doubt suggesting that he was assassinated.

Magaisa argued that both Mnangagwa and Mangwana were not addressing the world but their colleagues in ZANU PF who may have been suspecting foul play.