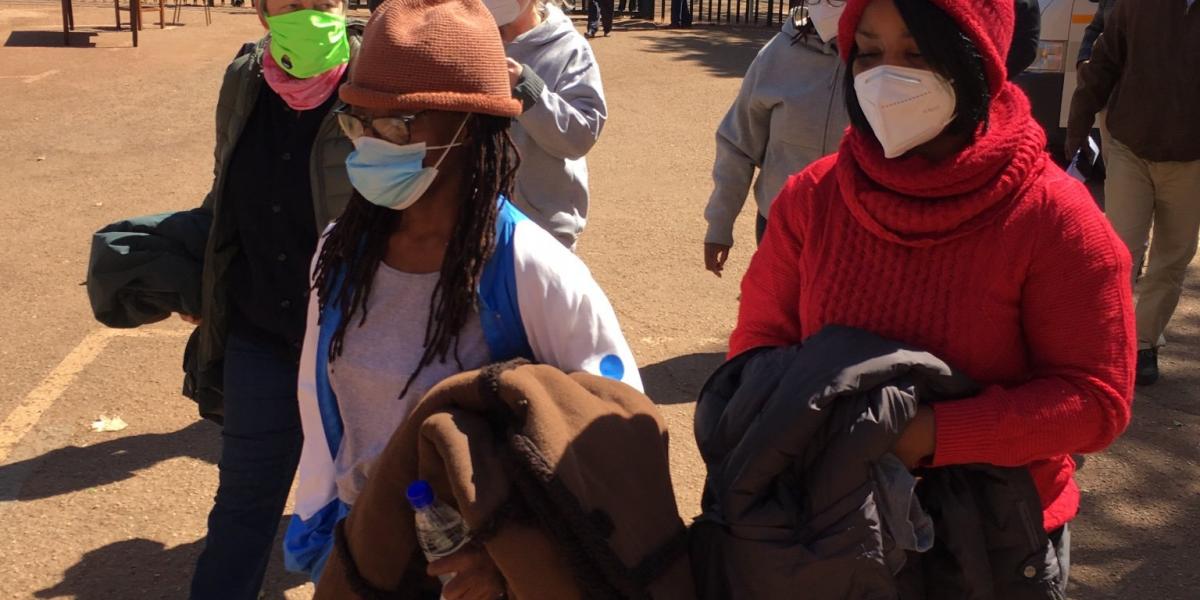 The worldwide association of writers under the banner PEN centres, from several African countries, has called for the immediate release of Zimbabwean author and filmmaker Tsitsi Dangarembga.

Dangarembga, the author of Nervous Conditions, was arrested in Harare on Friday while she participated in a peaceful demonstration against corruption and economic mismanagement by Zimbabwean authorities.

In a statement in solidarity with Dangarembga and award-winning journalist Hopewell Chin’ono, who was arrested last week on trumped charges of inciting public violence, African PEN centres characterised the arrests as illegal and demanded their release from detention. The statement read:

PEN centres across Africa are greatly concerned by the arrest and imprisonment of Tsitsi Dangarembga.

Dangaremba is an accomplished filmmaker and the author of Nervous Conditions, which many consider to be a modern classic. Her most recent book, This Mournable Body, was recently long-listed for the Booker Prize.

Dangarembga was peacefully protesting corruption on Friday when police took her in without stating the charge. She is being held at the Borrowdale police station, where she spent the night.

The pair are amongst dozens of people who have been detained in the last few weeks.

While the harassment of writers is of grave concern to PEN, we are equally appalled at the situation of dozens of other ordinary Zimbabweans whose voices have been silenced in recent weeks, and who have also been detained for exercising their rights to free speech and expression.

Like others around the world, we are horrified by the footage that has been circulating, of Zimbabwean police beating its citizens. We condemn the actions of an emboldened security apparatus in the strongest actions.

The human rights situation in Zimbabwe has deteriorated in recent months as authorities have operated with increasing impunity under the cover of COVID-19.

Using lockdown restrictions as a pretext to violate basic rights and manage information in light of serious concerns about corruption, President Mnangagwa’s government has continued the brutal legacy of ZANU-PF under Robert Mugabe.

We demand the immediate release of Dangarembga, Chin’ono and all others arbitrarily and illegally detained by the government, and we call on SADC and the AU to urgently address the situation.

Zimbabwe is a signatory to the African Charter on Human Rights and is therefore legally bound to respect human rights, including freedom of speech and protections against arbitrary arrest and detention.

As the world goes through the unprecedented health and economic crisis brought about by COVID-19, the need to respect human rights remains vitally important.

Under lockdown, the role of the writer has never been more necessary nor more easily repressed.

We stand in solidarity with our fellow African writers and citizens.