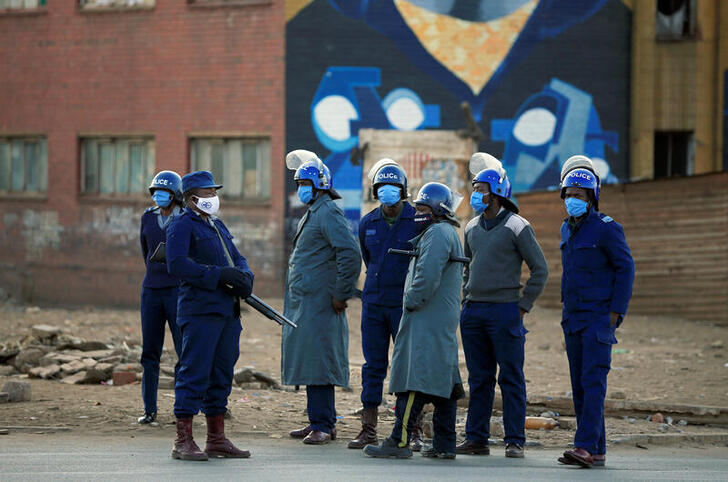 The Zimbabwe Republic Police applauds Zimbabweans for the peaceful environment which characterized all parts of the country today.

No reports of violence were received by the police and security services as they continued to conduct patrols, roadblocks and checkpoints to ensure safety, security and health of Zimbabweans.

Meanwhile, the Zimbabwe Republic Police has arrested five (05) people in Harare, Bulawayo, and Chegutu for trying to incite the public to engage in illegal demonstrations while carrying placards written various political messages meant to cause public disorder.

Those arrested include Tsitsi Dangarembwa, and a white person who were carrying placards along Borrowdale Road in Harare, Mzingaye Matthew Thaka in Bulawayo, Edward Dzeka, an MDC Alliance Councilor for Ward 9, Chegutu, and other suspects namely Lloyd Kashiri (41), Nkulumani Matoboto (35) and Isheanesu Chimunyemba (26). The three were also arrested in Chegutu.

The public is urged to continue observing peace and to report anyone who engages in any form of criminality to the police.

One Comment on “FULL TEXT: Police Arrest Several Protestors Across The Country”