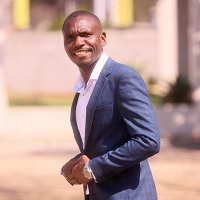 Mhlanga’s arrest was initially revealed by Tabani Mpofu, who said he was taken to Mabvuku Police Station in Harare.

Mhlanga later confirmed the arrest, saying he was arrested alongside Ruvimbo Nyikadzino of Sly Media at a police roadblock and charged with miscellaneous misdemeanour.

Mhlanga, who has since been released from brief police detention, said he was on his way to cover a press briefing by the Minister of Information, Publicity and Broadcasting Services Monica Mutsvanga and her permanent secretary Ndavaningi Mangwana.

He was only released after the intervention of the Zimbabwe Republic Police national spokesperson Assistant Commissioner Paul Nyathi.