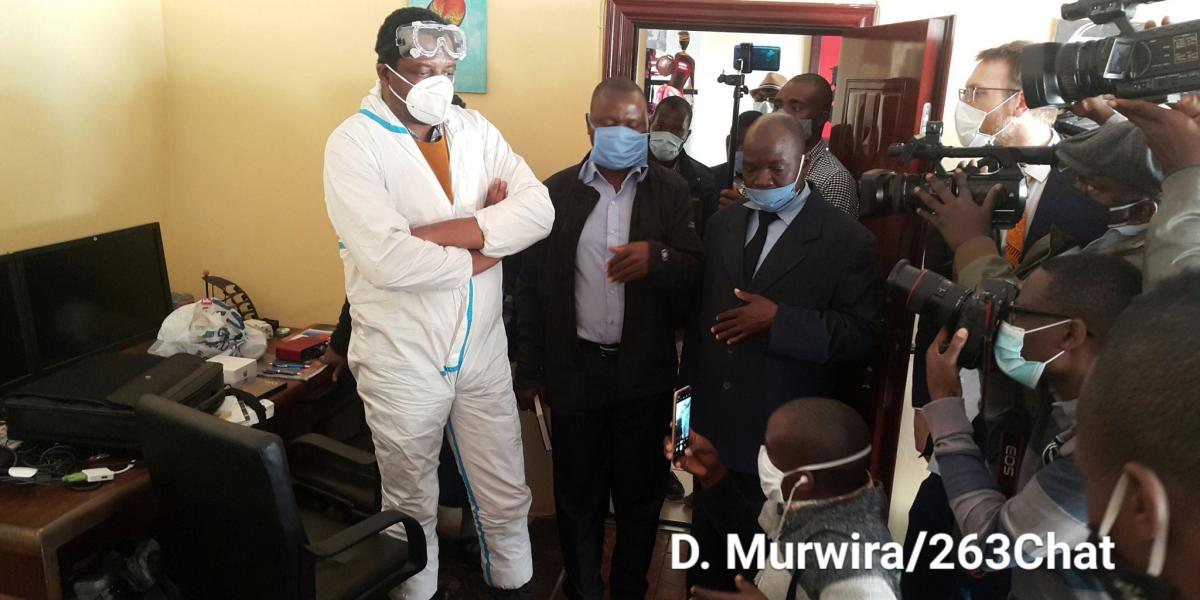 ZIMCODD notes with grave concern the arbitrary arrest of Hopewell Chin’ono, a member of the media and Jacob Ngarivhume, an activist and leader of Transform Zimbabwe.

Media freedoms remain a key component of a functional democracy and reforms needed for our economic engagement with regional and international partners for development.

ZIMCODD is also concerned by the public perception building up from government’s actions which speak to targeted arrests and intimidation of media personnel that are raising voices against rampant public sector corruption.

The actions are in contrast to recent statements by the President during the commemoration of African Anti-corruption day (11 July 2020).

In his speech, President Mnangagwa applauded journalists for exposing corruption. The criminalisation of whistleblower’s casts doubts on the government’s sincerity and public trust in the fight against corruption.

As read in the Constitution under Section 61, Zimbabwe upholds the freedom of speech and media liberty. As such, Hopewell, a journalist who is at the forefront of calling out corruption and recently exposed a graft ring that prejudiced the public of millions of dollars and access to meaningful health opportunities, should not be persecuted for doing his job. This is an affront to human rights and sabotage of the promised new dispensation.

While charges have been laid at law, it is concerning that the arrest was effected without presentation of a warrant and Hopewell’s house was broken into by eight state security agents that refused to identify themselves according to his lawyer).

Such reports should be incidents of the past but unfortunately, they are presently on the rise as various members of the opposition and civil society have expressed concern for their lives and others have reported being abducted.

A lack of respect for Human Rights is reminiscent of the past and has no place in this era. In this light, we call on the government to investigate the said allegations and ensure the protection of whistleblowers by enacting relevant legislation and adhering to it.

Furthermore, may our government show the requisite will to uphold principles of democracy and respect for human dignity and Constitutional Rights.