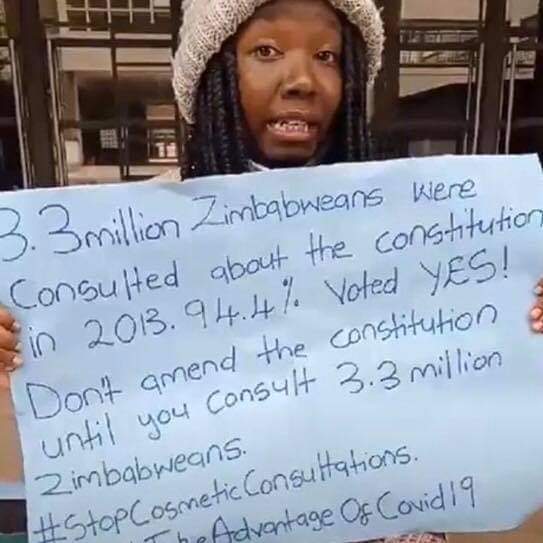 A political activist, Namatai Kwekweza, was arrested by police in Harare on Monday, the Zimbabwe Lawyers for Human Rights has revealed.

However, the charges preferred against her have not yet been ascertained.

Namatai (22), a member of WeLead Organisation for Young People, has been arrested for the second time in less than one month.

On June 19, she was arrested together with Vongai Zimudzi (23) for allegedly protesting against proposed constitutional amendments.

Namatai and Vongai allegedly went to New Government Complex, corner Central Avenue and Fourth Street in Harare, intending to hand over a petition to Justice and Parliamentary minister Ziyambi Ziyambi voicing their disapproval of the proposed constitutional amendments.

They were charged with participating in a gathering with intent to promote public violence.

As part of the bail conditions, the two were ordered to continue residing at their present addresses, report once a week to the police and surrender their passports by Harare magistrate Barbra Mateko.