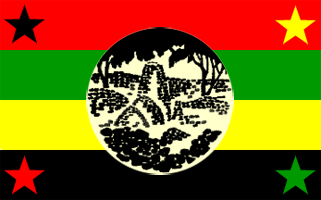 The Zimbabwe African People’s Union (ZAPU) has resolved to postpone its elective congress that was set for August 26 to 28 due to the COVID-19 pandemic.

The elective congress was meant to elect a new leader to succeed the late Dumiso Dabengwa, who was the party leader.

The party’s national spokesperson, Iphithule Maphosa, said the decision to postpone the elective congress was made by the National People’s Council (NPC) after taking note of the increasing coronavirus infections in the country. Said Maphosa:

The NPC is the party‘s highest decision-making body, who between congress held a zoom meeting in July 11 to postpone the congress.

The ZOOM conference was made up of clusters of NPC members in Bulawayo, Harare, South Africa and the United Kingdom.

Maphosa added that the situation would be reviewed in October 2020.

ZAPU Secretary-General Dr Strike Mkandla, Treasurer-General Mark Mubaiwa and Maphosa were all thought to be keen on running for the presidency.

The late national hero, Dabengwa died in Nairobi, Kenya on May 23 last year en route to Zimbabwe after undergoing treatment in India.