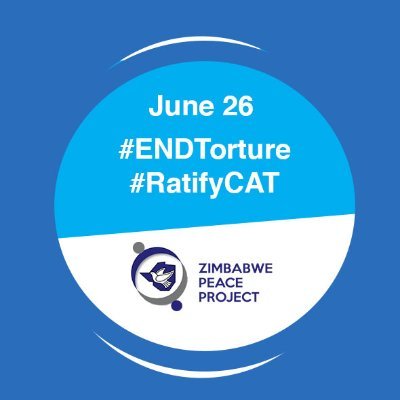 The Zimbabwe Peace Project (ZPP) has availed more details on the shooting of a Chitungwiza man by police officers in Chitungwiza on Sunday morning.

In a statement, ZPP condemned the use of live ammunition against unarmed civilians by police, with such incidents unfortunately on the rise. Below the statement by ZPP:

Full details of the police shooting of vendor Tinashe Zharare

Zharare left home in the morning, at around 9 am to Jambanja Unit L shopping Centre to conduct his usual business of selling grocery from his pick up vehicle.

When police officers from Chitungwiza police station began their usual raid on the area, Zharare quickly got into his vehicle and closed the door with an intention to drive off the scene.

A police officer then allegedly fired directly at the vehicle. The bullet not only damaged the drivers’ door but it went through the vehicle resulting in Zharare sustaining serious injuries on his right leg.

The police immediately rushed the injured Zharare to the hospital, dropped him off there, and vanished without leaving any documentation.

At Chitungwiza hospital a doctor who attended to him recommended to have the leg amputated but a doctor from a private hospital said he could be operated and he was subsequently transferred to a local private clinic.

Police officers handling the case at Makoni police station are denying Zharare’s relatives access to the victim’s vehicle. They are not allowing them to take images of the damaged vehicle. The officers are also in possession of the victim’s national identity card.

The acts by the police, of firing live ammunition, were unnecessary and unconstitutional. The Constitution is clear on the procedures to be taken when making an arrest. Cases of police firing live bullets at unarmed civilians are on the rise, and it is worrying.

Zharare has an outstanding hospital bill of $2 800USD. The family is appealing for assistance to clear the bill. For assistance, you can contact Cendric Zharare on +263 71 399 9540.

One Comment on “Shooting Of Vendor By Police In Chitungwiza, More Details Emerge”