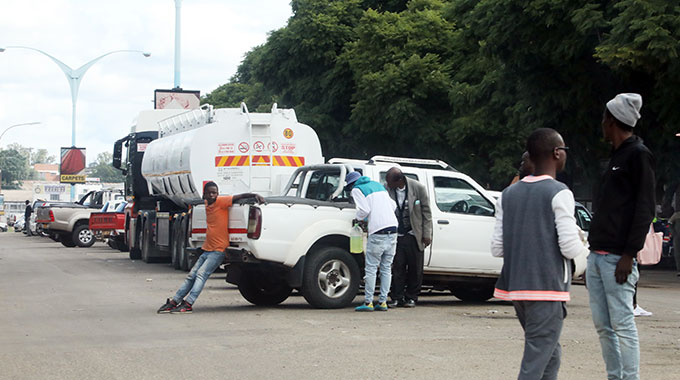 Zimbabwe’s Minister of Energy, Advocate Fortune Chasi has suggested that it was long until the country sees the end of the fuel crisis which has had devastating effects to all sectors of the economy in the Southern African country.
Chasi was responding to a question by MDC senator Elias Mudzuri who wanted the Energy minister to tell senate during a question and answer session on Thursday what the government was doing to address the issue that is causing elongated queues. Mudzuri had asked:

I have been looking for fuel myself as a Member of Parliament for more than three months. I still have coupons from Parliament which are three months old. Also, we are looking at the public and the business community, how are we planning to service everyone with reasonable supplies of fuel?

In his response, Chasi admitted that they were facing challenges over the issue. He said:

He, however, observed that efforts were underway to increase fuel imports adding that the recently introduced foreign currency auction system would quicken the process of acquiring foreign currency.
More: Daily News

One Comment on “Govt Speaks On The Prolonged Fuel Crisis”