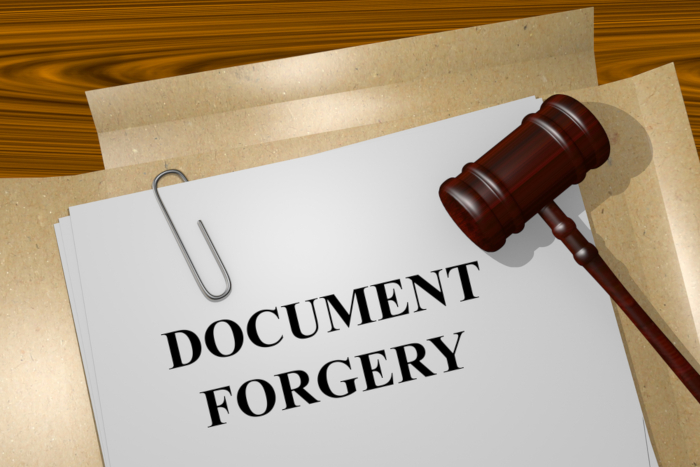 Bubi Rural District Council Chief Executive Officer Mr Partson Mlilo has been fingered in a forgery scandal after he reportedly bought a council truck at an auction through a 3rd part and used fake papers to register the truck in his name, the Chronicle reports.

The matter came to light after the man who bought the truck at the auction in 2013, Mr Khanyiso Khabo discovered that the truck was registered in Mlilo’s name without his knowledge.

The agreement of sale document which was seen by the publication reads:

The price shall be US$4 500 paid as cash, ownership, which is in Bubi RDC shall be changed at the buyer’s cost. The buyer will be given the book after paying the full purchase price.

However, Mr Khabo narrated what happened to the truck after the auction and said:

The car deal didn’t go well. I bought the vehicle from council for US$4 300 in 2013 and it was later repossessed by council a few days later under unclear circumstances. I was told it was undercharged and advised to wait for feedback from council.

I got suspicious and later discovered that the car was now registered under Mr Mlilo’s name. When I went to the council offices on June 17, I got the shock of my life when upon enquiring, they showed me a purported agreement of sale for the car

When contacted for comment. Mlilo said he bought the truck from Khabo:

There was a council auction for three cars in November 2012 and I was not there. Mr Khabo bid for all the three cars and he was the highest bidder for one of the cars and bought it. However, six months down the line, there was a certain person who was selling a two-tonne truck and Mr Khabo wanted it and that is when he approached me and offered to sell his Mazda B1800 to me.

When Khabo realised that his story was not adding up, he is now claiming that I stole his car and this is a new story that he is crafting to say his car, which he bought from the auction had its ownership illegally changed. Why was he quiet all these years if indeed he was seeing me driving the car around?

He offered to sell the car to me for US$4 500, I gave him US$2 500 and took the car. I didn’t bother to change ownership and the number plates until police started demanding explanations from my workers whenever they saw it carrying carcasses because it had council number plates.

Mlilo also accused Khabo of working together with Bubi villagers to soil his name.