A litre of diesel now costs ZWL$62.77 in local currency and US$1.09 in foreign currency.

Petrol has been priced at ZWL$71.62 in local currency and US$1.28 in foreign currency per litre.

The new prices were announced a few hours after the central bank abandoned the fixed exchange rate of US$1: ZWL$25 and adopted a Foreign Exchange Auction Trading system which set the official Zimbabwe dollar exchange rate to the US dollar at $57.36. 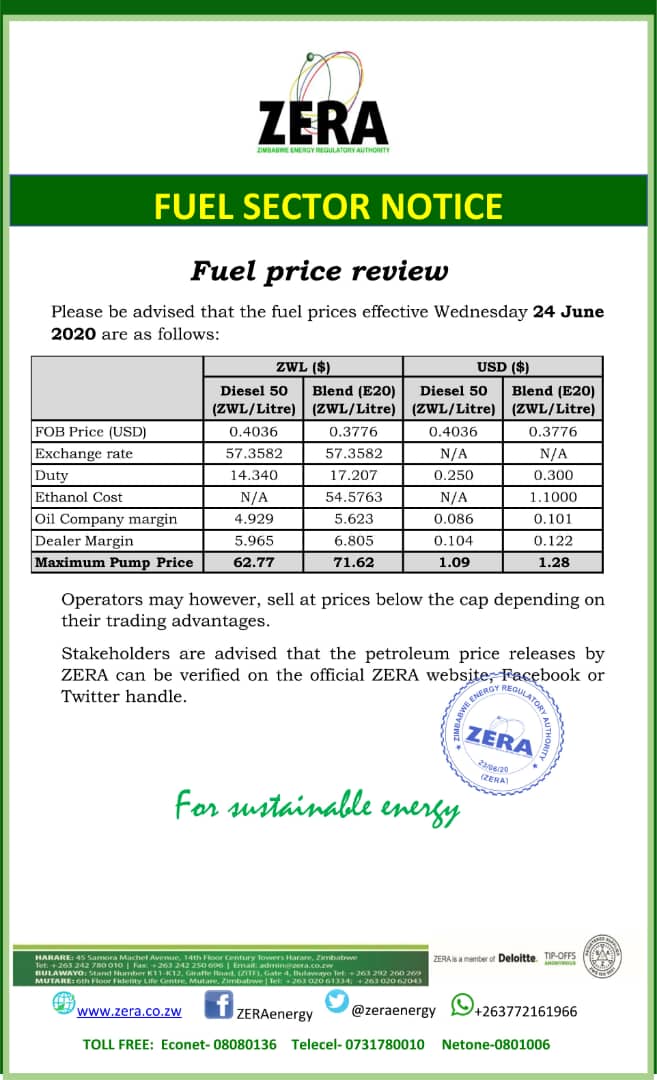