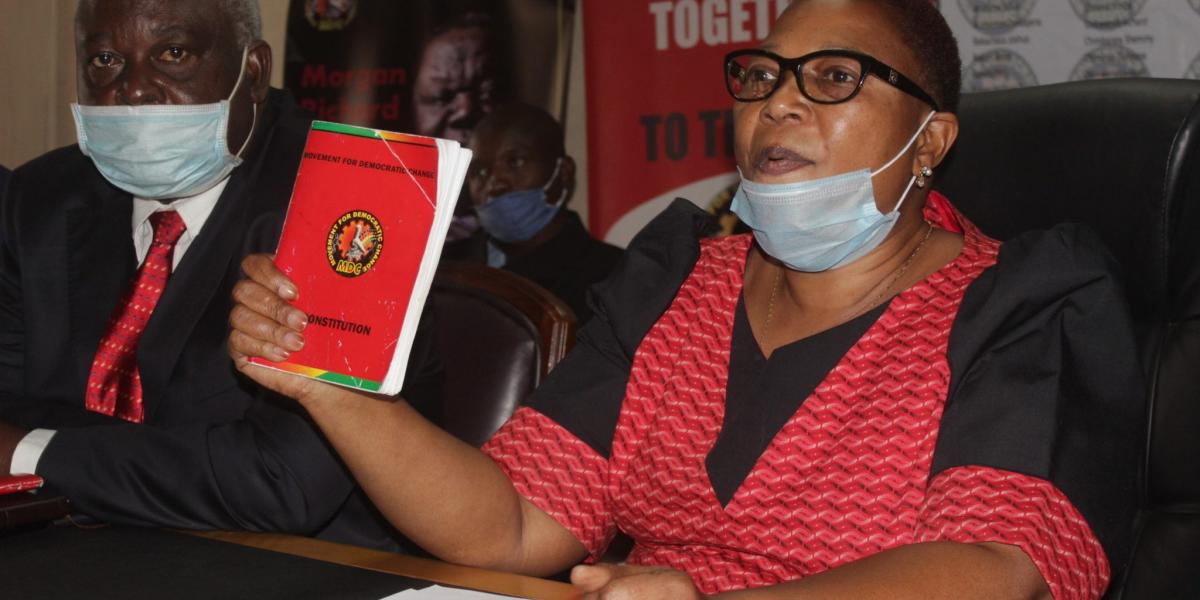 1] Ever since the Supreme Court Judgement, there have been so many lies it is difficult to catch up. The Leaders of the old new MDC-T have been lying with straight faces, it’s a thing of beauty. Inevitably, the state media has jumped to the train and has been lying in their name.

2] Mwonzora lied about some “smooth handover takeover of MRT House”. He further lied that state security was not involved. To this day, Mwonzora lies that the police are not guarding HH. Whereas Mwonzora claims ZRP was at HH by chance, Sen Morgen Komichi had a different version.

3] In their attempt to push Adv Chamisa away from the MDC name, Mwonzora lied about meeting Ngaribvume and other ALLIANCE partners. Seeing that their ownership of MDC-T carries no electoral weight, Mwonzora is now gunning for the MDC-A. Today, Ngaribvume has exposed the lies.

4] Mwonzora has been lying about having had held virtual National Council meetings. No registers! Mwonzora lied about holding National Standing Committee meetings yet his faction only had 3 of the previous 15 members. How can 3 people legally constitute a 15 members structure?

5] MaKhupe has been lying about being in charge of 103 MPs. Mwonzora lies about having the majority of MPs. Reality is, even armed with the ability to recall them, the MPs have continued to defy him. Risking recalls, MDC-A MPs still recognize Adv Chamisa as their Leader.

6] Shakespeare has exposed the long-held lie that Nelson Chamisa sent youths to burn MaKhupe and other MDC-T Leaders in Humanikwa. Without exposing what he apologized for to MaKhupe, Shakespeare CATEGORICALLY says that Adv Chamisa personally sent him to address those threatening violence.

7] State media continues to label Chamisa as an illegitimate Leader. Illegitimate Leader of what? Chamisa now leads a distinct political formation recognized even by those who recalled MPs. There is no Leadership question in the MDC-A but the resurrected MDC-T.

8] There is the lie that through the MDC-A, Chamisa has moved away from the MDC of 1999. That movement has historically taken different shapes. In fact, in the MDC-A, Chamisa is MRT’s successor. Tsvangirai was the first Leader of the BIG TENT MDC-A Chamisa succeeded him.

9] Those who support the MDC are not bothered by the name it uses. They embraced MRT when he employed the moniker “T”. They unequivocally knew which MDC they wanted. Thinking the magic was in the “T”, MaKhupe ran away with it & achieved nothing. MDC supporters are rational.

10] Dr Mashakada lies that ZCTU transformed into a party. Balance me here: How did ZCTU transform into something else & yet remain in its original state? How & when did Student Leaders hijack a party they helped form? How can Prof Welshman Ncube, Tendai Biti, Adv Chamisa be labelled Mafikizolo?

11] And now State media has been helping Dr Mashakada lie that Dr Magombeyi & the MDC3 faked their abduction. You can only hope that he has enough data bundles to do short videos dispelling ZBC lies. By the time they are done doing damage in his name, he won’t know what hit him.

12] And now they have postponed their ill-fated EOC. In the meantime, they are coopting each other whilst pretending they have gone back to their original state as between 2014 and 2016. Varume vakuru nevakadzi vakuru kuita kuchinjana kunyepa. THESE ARE VERIFIED LIES.