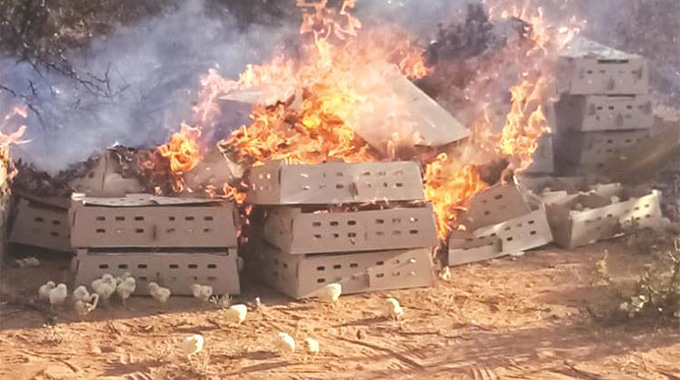 The Department of Veterinary Services (DVS) of Zimbabwe has expressed concern over reports saying 19 600 day-old chicks that had been smuggled from South Africa into Zimbabwe across the Limpopo River were intercepted and burnt by police.

On Tuesday, police told The Herald that they had intercepted and arrested Admire Ndlovu of Mwenezi and Prince Gumbo of Dulivhadzimu suburb in Beitbridge who were transporting the consignment.

In response to the reports, the DVS said:

The Department of Veterinary Services (DVS) has noted with concern media reports on the destruction of smuggled chicks from South Africa. Investigations are currently underway to ascertain what exactly transpired. Anyone found on the wrong side of the law will be prosecuted in terms of the laws of the country. However, we advise the public to seek clearance from the Department of Veterinary Services on the importation of animal and animal products into Zimbabwe.

The smuggling of people and goods along the Limpopo River has heightened following the coronavirus induced closure of the Beitbridge Border Post which links Zimbabwe and South Africa.

Reports suggest that security forces from both sides of the border are taking bribes to facilitate the smugglings.