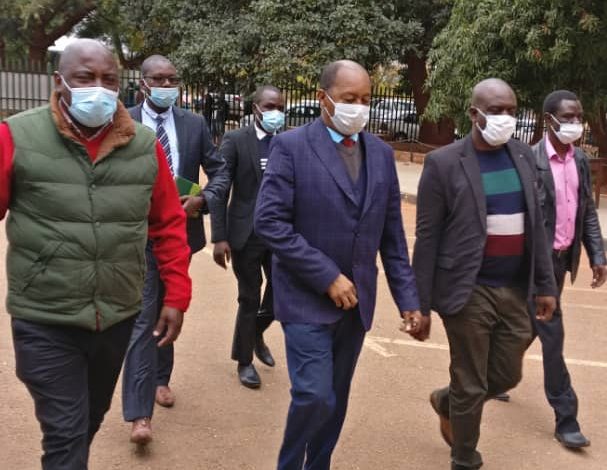 Minister Of Health and Child Care Obadiah Moyo has been released on $50 000 bail this afternoon, Zimbabwe Voice reports. Moyo who is facing 3 counts of criminal abuse of office was arrested last night and reports say he did not sleep at Rhodesvile police station.

Harare Magistrate Munamato Mutevedzi granted Moyo bail this afternoon following his appearance before the courts after his arrest over the scandal.

Mutevedzi also ordered Moyo to report to the Zimbabwe Anti-Corruption Commission, which arrested him, thrice a week.

He is also to surrender his passport, and to not interfere with State witnesses.

Moyo is accused of handpicking companies not on the procurement register to supply his ministry with medical supplies and presiding over a very controversial medical supplies deal with an international company called Drax which was supplying the government with COVID-19 materials at inflated prices.