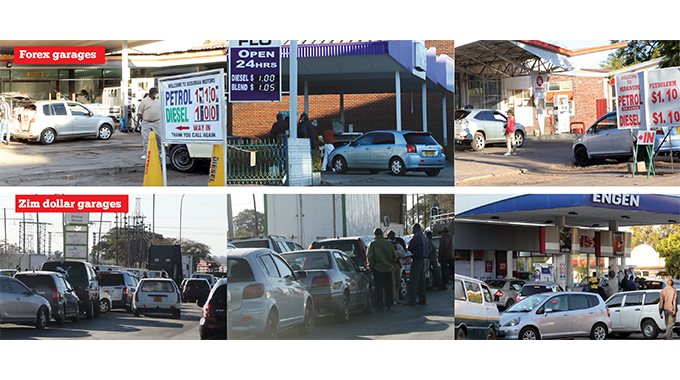 Energy and Power Development Minister Fortune Chasi said that fuel prices will have to go up in order to address the “artificial shortages” of the commodity on the local market.

Minister Chasi on Friday told Zimbabwe Television Network (ZTN) that current prices are heavily subsidised and the necessary measures to correct the situation will be taken. He said:

In the past few weeks, fuel (prices) had gone down considerably and there was fuel dumping but we knew that it wasn’t long-lasting. We will take the necessary measures to correct the situation.

Responding to The Sunday Mail on Saturday night, Minister Chasi said he was aware that some petroleum producers were arguing that fuel prices were supposed to correspond with the price of bread. Said Chasi:

I have been away but these discussions have been going on. Some are equating it to the price of bread and so forth. But let me talk to Mazambani (Eddington, the acting ZERA chief executive) and get back to you.

Zimbabwe’s fuel is considered the cheapest in Southern Africa, with petrol priced at $28,96 per litre while diesel costs $24,93 per litre.

Both prices are less than US$0.50 at black market rates.