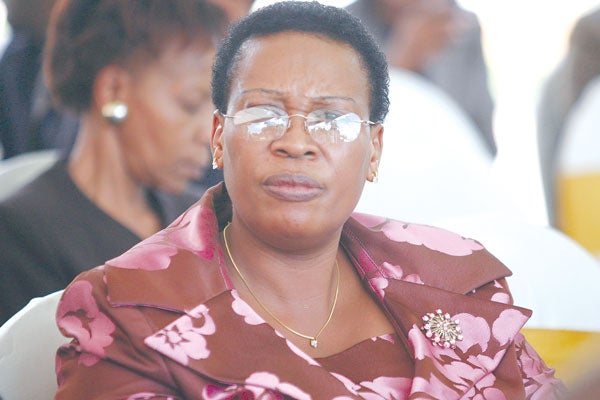 The veteran trade unionist and MDC Alliance Women’s Assembly chairperson Paurina Gwanyanya-Mpariwa has resigned from the party following a fallout with some top officials.
Mpariwa’s MDC Alliance colleagues have for some time been suspecting her of hob-knobbing with party officials aligned to the Thokozani Khupe-led MDC-T.
In her resignation letter on 9 June, Mpariwa said she had noted her removal from the MDC Alliance National Standing Committee WhatsApp group and as a result, she was taking a “back seat”. She wrote in the letter:

Good morning. I have noticed my removal from the national standing group today. Anyway, it is a great pleasure taking a back seat after such a long time in the trenches.
Its been a very difficult period but it shall come to pass. Best regards to all Cdes and farewell to my women colleagues.
It is sad but it’s part of life in politics.

Mpariwa is a former MP for Mufakose and is currently a proportional representative legislator on an MDC Alliance ticket.