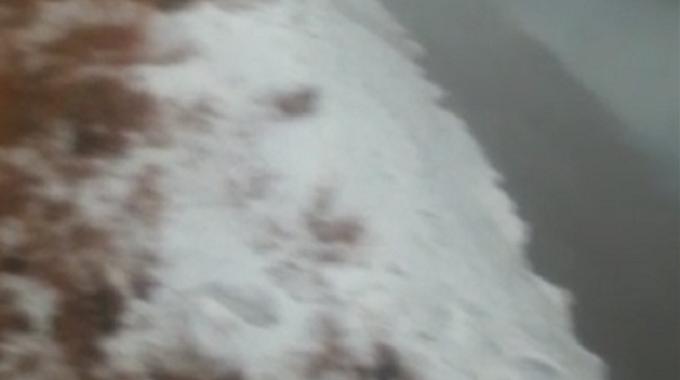 Parts of Matabeleland South Province experienced a thunderstorm which left a layer of hail on the ground, prompting a social media frenzy as people thought there was a snowfall due to low temperatures.

So there is a low-pressure system in the middle levels of the atmosphere (upper/high levels) known as a cut-off low. It is typical of a summer season weather system.

This system moved into the country from the west (Botswana) on Thursday evening and it moved slowly and thus affecting the western areas of the country mostly Matabeleland South areas and areas around Bulawayo Metropolitan Province on Friday evening.

On the other hand, we also have a high-pressure system over the south-east coast of South Africa stirring cool and moist south easterlies.

These two systems resulted in the cloudiness experienced yesterday (Friday) and today (yesterday) in most parts of the country as well as the thunderstorms.

So the cut-off low is the one responsible for the thunderstorms that produced hail in the pictures that have gone viral on social media.