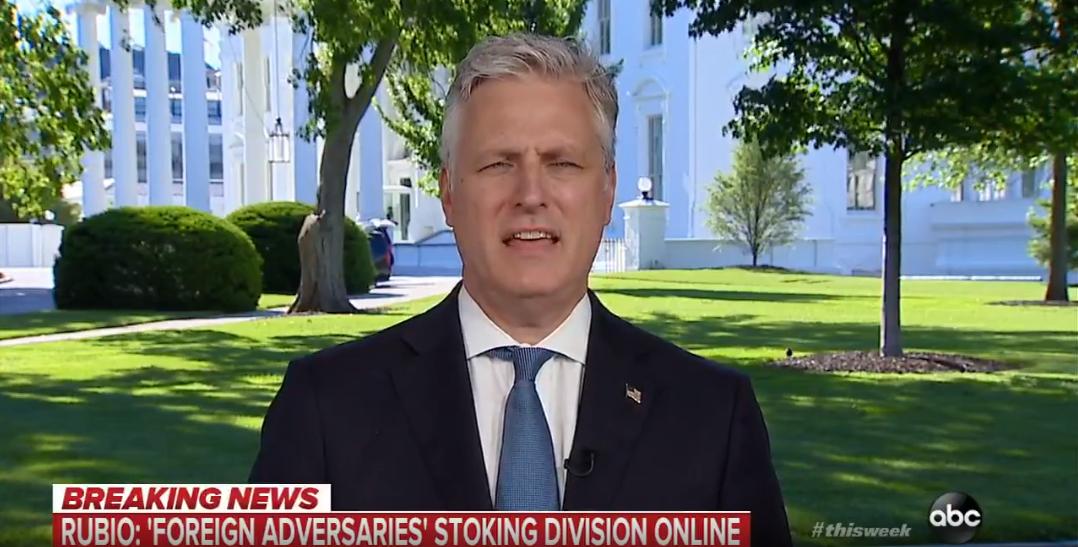 Robert O’Brien, President Donald Trump’s top national security advisor has named Zimbabwe a “foreign adversary”.  This follows what another official, Marco Rubio, said are attempts by foreign adversaries to exploit the George Floyd situation by stoking and promoting violence in the USA.

Zimbabwe was named a foreign adversary along with China and Iran.

O’brien said that there’s going to be a response to these adversaries and that the response would be proportional. He emphasised that “this is not something that our adversaries are going to get away with for free”

One Comment on “US Labels Zimbabwe A “Foreign Adversary”. Accuses Zim Of Trying To Exploit George Floyd Situation”