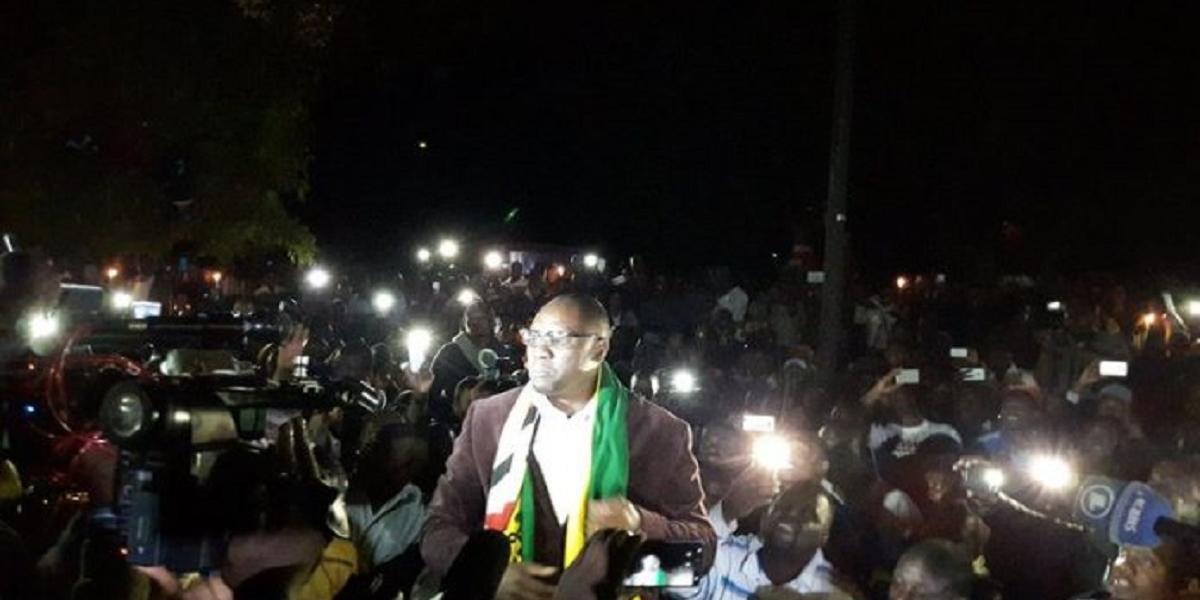 Zimbabwean journalist and filmmaker, Hopewell Chin’ono has said the Zimbabwean masses are ready for a revolution while the leadership is not.

He made reference to an article he wrote in The New York Times in 2016 when Pastor Evan Mawarire embarked on #ThisFlag campaign which sought to bring the Robert Mugabe-led government accountable. Chin’ono said:

Zimbabweans came out in their thousands because someone had temporarily provided leadership.

Zimbabwean Citizens have always been ready for a revolution, what is lacking is the leadership to lead it.

It is the LEADERSHIP that is not yet ready, not people.

People don’t lead themselves, if the leadership is cowardly and scared, the #EvilDispensation will continue because it knows that it can’t be removed through elections that it controls.

The leadership should not say to people asking for leadership, “why don’t you go?”

That is a very cowardly statement, if folks claim to be leaders, they should provide answers for today’s problems.

His remarks come when some have accused the opposition MDC of using baby gloves and employing student activism tactics on the corruption-accused ruling ZANU PF.

MDC, however, previously tried to stage demonstrations but the state blocked the demos saying there was overwhelming evidence to suggest that the protests would degenerate into chaos.