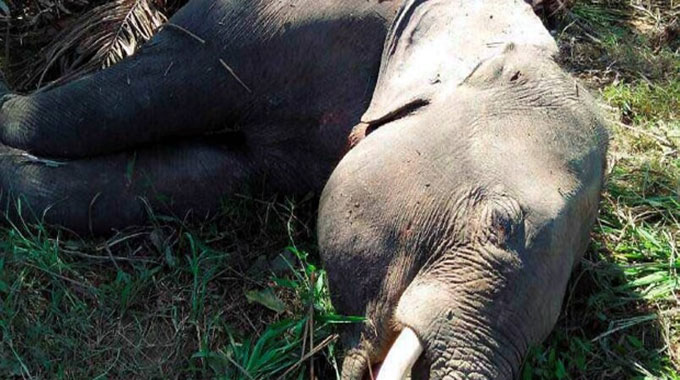 Hwange Football Club player Craven Banda has allegedly been arrested for elephant tusk possession, The Chronicle reports. Banda was arrested by an anti-poaching team made of Zim Parks officers and ZRP officers on Sunday in Makwikwa Village where they found him with the tusks in a bag.

On the 24th of May at around 1pm an informant received a tip-off to the effect that the suspect was in possession of elephant tusks. Reacting to the tip-off, a team comprising police and ZimParks rangers went to Makwika Village where they saw Banda sitting at a bus terminus holding a blue bag at around 3PM

The value and weight of the 8 raw elephants tusks found in possession of Banda is yet to be ascertained. Banda is facing unlawful possession of raw ivory charges.