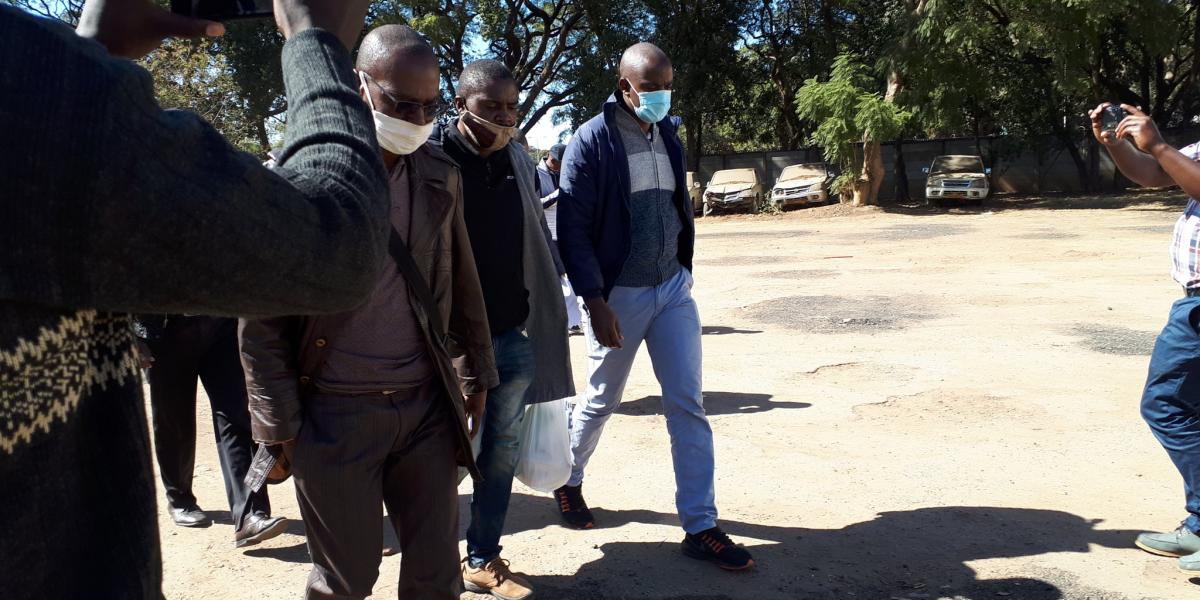 Two Harare-based journalists were arrested on Friday at Parktown Medical Private Hospital in Waterfalls where they had gone to interview three MDC-Alliance officials being treated there.

The two, Frank Chikowore (40) of Voice of America’s Studio 7 and Samuel Takawira (29) of 263Chat were arrested for allegedly violating lockdown regulations.

The arrest of the scribes was confirmed yesterday by national police spokesperson Assistant Commissioner Paul Nyathi. He said:

They had intended to interview the three MDC-Alliance members who are admitted at the hospital and they had laid their equipment down when they were seen by security at the premises, who alerted the police.

The reporters on Saturday appeared at Mbare Magistrates Court for bail and were remanded in custody to 26 May for ruling.

Reports indicate that the duo working on a documentary titled: “Is Freedom Under Lockdown? – How Covid-19 Is Being Used To Attack Democratic Rights in Zimbabwe.”