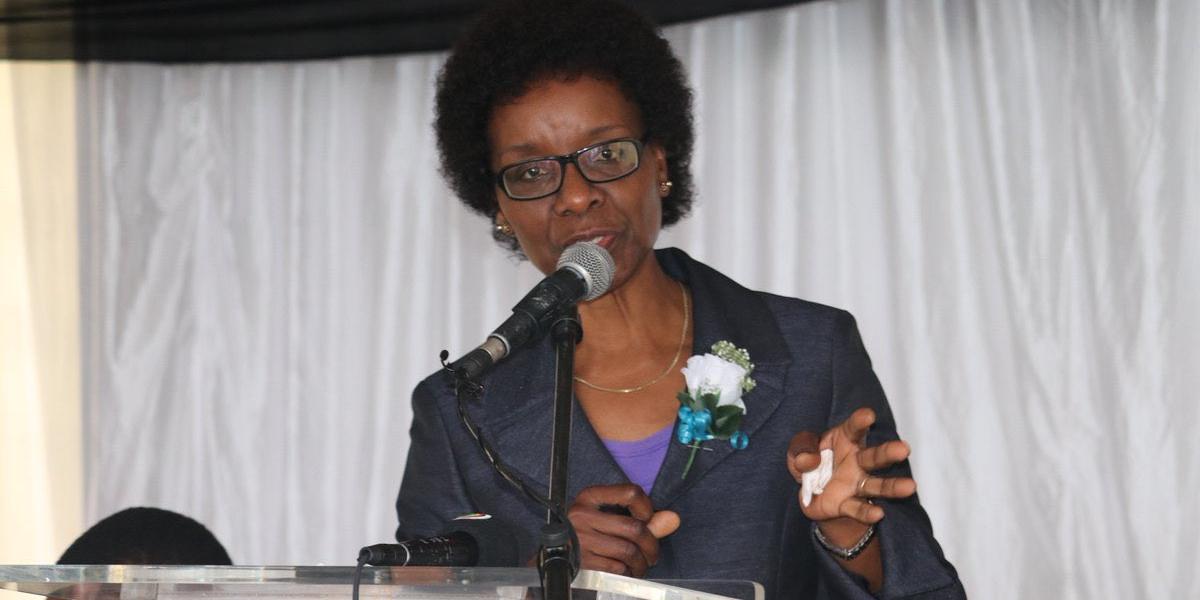 Chief Coordinator, National Response to the COVID-19 Pandemic in the Office of the President and Cabinet, Dr Agnes Mahomva

A prominent Twitter personality using the Twitter handle @Just_VeeV says former Permanent Secretary in the Ministry of Health and Child Care Dr Agnes Mahomva was “demoted” after she opposed corrupt deals in the Ministry.

On Tuesday, President Emmerson Mnangagwa approved the appointment of Dr Mahomva to the newly created post of Chief Coordinator, National Response to the COVID-19 Pandemic in the Office of the President and Cabinet.

According to @Just_VeeV, Dr Mahomva cancelled 3 tenders that had been illegally awarded to some officials. Below is the full thread:

So word is that Mahomva cancelled 3 tenders that had been illegally awarded to some officials.

Company A had no capacity.
Company B had no bank guarantee
Company C had test kits that had not been approved.

Allegations are that company C procured the test kits just before gvt gave the directive to companies to test their employees before reopening their businesses. This also saw a spike in prices for the kits, from US$10 to $16. This made her more unpopular.

In addition, it is said the Minister didn’t want the PPEs being made by local universities to go through SAZ for quality testing and assurance, something the former Perm Sec didn’t agree with. So chucking her out was the only option.

It seems donors have confidence in Dr Mahomva. Most of the donations are going to gvt. Her departure could have made then consider 3rd party route something gvt could not risk. So they created the post to make sure she stays and finish off the #Covid19Zim work.

What happens after nobody knows. And oh hanzi the Minister used to take home 3 000 litres of fuel every month and Mahomva cut it down to 800. Hence their friction as well.

But some say Mahomva was no angel. And these are the allegations:

That she didn’t respect the Minister and ran a parallel ministry. She disregarded his directives and never sought approval especially in the past few months. This didn’t go down well with Dr Moyo.

Word is that most people in the Ministry did not like the idea of having Dr Moyo, who used to be their junior, elevated to being the Minister. And that he doesn’t enjoy support from Drs either who prefer working with Dr Mahomva instead.

But whatever the case is…pane nyaya.