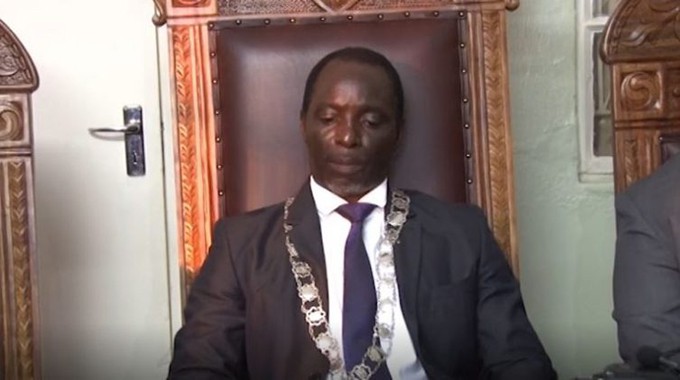 Dlamini was fired from the position in February by the Nelson Chamisa-led MDC Alliance for allegedly violating a party directive.

MDC Alliance councillors recently elected Ward 5 Councillor Richard Mguni as the new mayor, and the move has been nullified by Minister Moyo.

In his letter to the municipality on Tuesday, Minister Moyo said only a general election could remove a mayor from office. He wrote:

… Please note that in terms of Section 48 and 103 of the Urban Councils Act, a mayor is elected to the office after a general election and holds office until an election or until a successor is appointed.

The Constitution in Section 278 provides for the due processes for the removal of a mayor or councillor and following my evenly referenced letter dated 5 May 2020, Cllr Somveli Dlamini was reinstated as a councillor.

As such, there is no provision for an election of a new mayor as Cllr Dlamini regains his post until the end of his term of office.

In terms of Section 316, I hereby order that the election of a new mayor of Victoria Falls is nullified and Cllr Dlamini continues in the office of Mayor.

MDC factions have been at each other’s throat since the Supreme Court ruled earlier this year that the party should hold an extraordinary congress to elect a substantive successor to party president Morgan Tsvangirai who died in 2018.