Zimbabwe’s problem is the involvement of the military in politics by propping the ruling ZANU PF party, former Sunday Mail editor Edmund Kudzayi has said.

According to Kudzayi, ZANU PF could not do what it does without the military’s backing, therefore, removing President Emmerson Mnangagwa from office and replacing him with Vice President Constantino Chiwenga, Foreign Affairs minister Sibusiso Moyo, or anyone else will change nothing unless the military is barred from dabbling in politics. He wrote on Twitter:

Zimbabwe’s problem is the military. Zanu PF could not do what it does without the protection of the military. Unless the power of guns can be decoupled from our politics, you can remove ED, put Chiwenga, SB or anyone else but nothing will change. 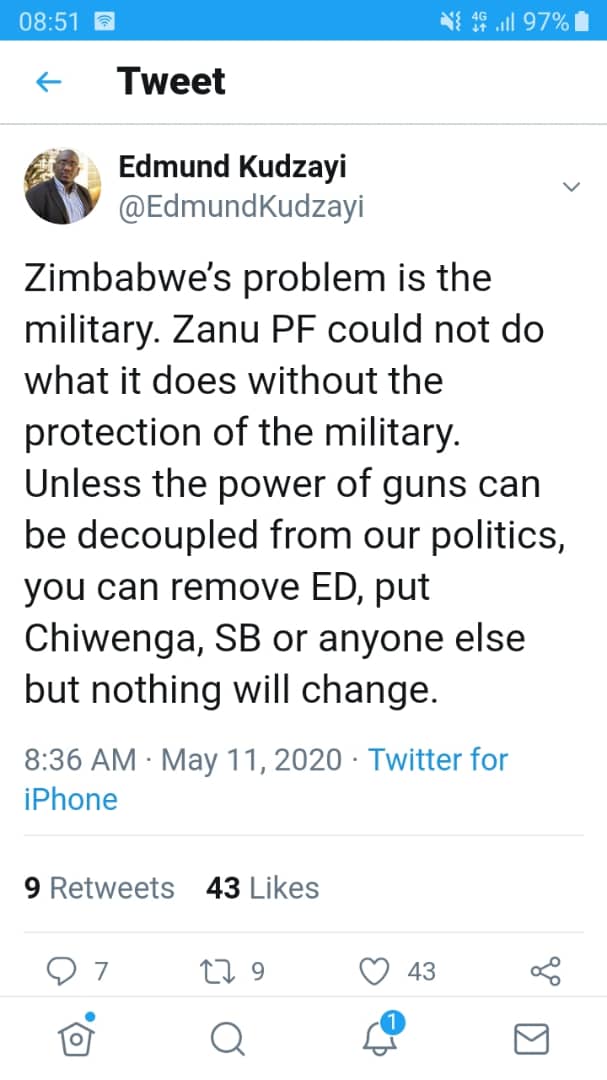 Last year, National Patriotic Front spokesperson, Jealousy Mawarire said that it was a mistake to exclude the military bosses in the 2008 national dialogue.

Mawarire added that an inclusive dialogue process should include the army “because the problem in this country is the army”.

5 comments on “‘Zimbabwe’s Problem Is The Military’”