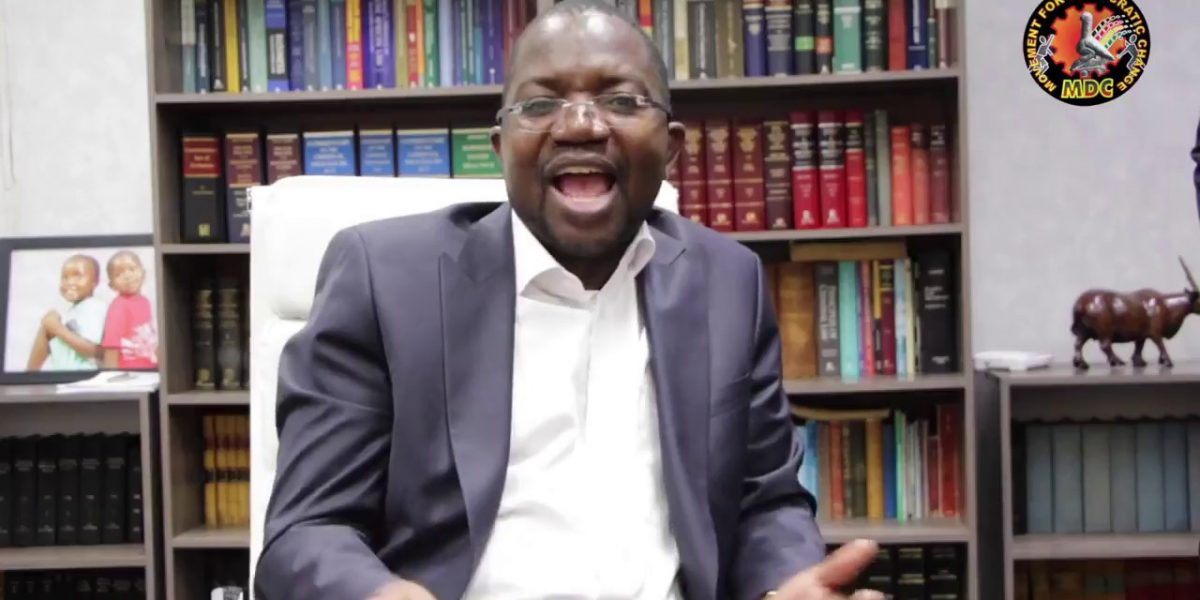 Advocate Thabani Mpofu who is the lawyer of opposition leader Nelson Chamisa has claimed that the recalling of four MDC legislators from Parliament was illegal.

Below is Mpofu’s submission.

Purporting to give effect to the Supreme Court judgment by recalling MDC-Alliance MPs from Parliament is unlawful for many reasons. I give a few:

Douglas Mwonzora is no longer the Secretary-General of the political party whether it be called MDC-T or MDC-Alliance.

The Alliance is a political party for purposes of the Electoral Act, was recognised as such by ZEC and contested the elections in its name and right. That counts for something. Various judgments of the court accept that including the 137 paged judgment in the presidential election petition. You would need to temporarily suspend honour and reality before you can take a position to the contrary.

Contrary to popular belief based on hysteria, the Alliance does not need a written constitution constituting it as a universitas personarum  at law. A universitas personarum is created by contract. Such contract can be reflected in a constitution but does not have to be. It could be orally established. In certain instances, the contract may even be established by conduct. Surely that there is a political party known as the MDC-Alliance is known even by my dog.

The relationship between the MDC-T and MDC-Alliance has been completely if not dishonestly misunderstood. The Speaker of Parliament does not at law know anything other than the political parties represented in Parliament. He is not required to know how they came into existence much the same way he cannot take notice of the relationship between Zanu PF and organisations that support and have established synergies with it. He only knows that there is an MDC-Alliance which has members directly elected and yet others elected by proportional representation through a party list system. The party list system was utilised on an MDC-Alliance list. He cannot be blind to that reality “only for five minutes” during a national lockdown. Neither can he properly forget that there is a political party in his House called the MDC-T.

For my present purposes, I wish to make it abundantly clear that this is the position in law. In law, the processes of the MDC-Alliance cannot and have not been affected by anything. To the contrary, they have been insulated by the Gweru congress whose resolutions have legal effect.

The Supreme Court judgment came late in the day and has no effect for the reasons I have given. As regards Parliamentary business, the Speaker can only deal with the MDC-Alliance in matters that affect MDC-Alliance members. THIS IS THE LAW!