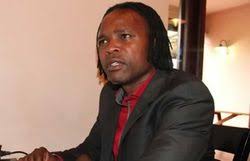 Alois Bunjira has declared his interest to be the next ZIFA president, The Herald reports. Bunjira who is the second aspirant after Ellen Chiwenga, announced his decision on Facebook in a post that reads;

Deep down I have always believed I have a lot to offer to Zimbabwe football. I may as well take it up and contest. Yes, I am up for it 2022.

Football, indeed, needs to be sorted out guys. With the support of everyone involved, Zimbabwe football can rise again, yes ,manifesto is coming soon. Lets go for it

Another football legend Benjani Mwaruwaru has also been touted as a possible challenger for the post, current ZIFA president Felton Kamambo has not yet announced his candidature.