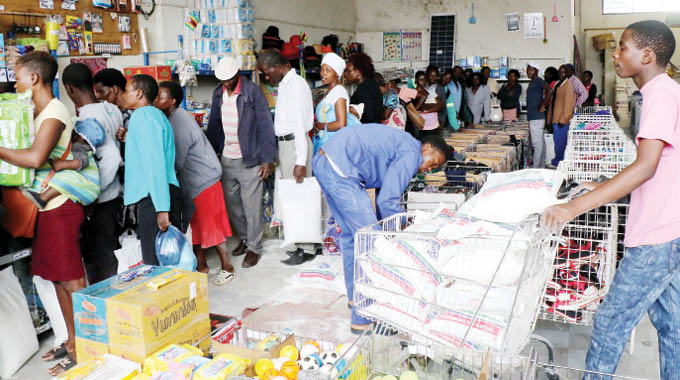 The Zimbabwean government could be forced to subsidise various basic goods to enable retailers to roll back prices to March 25 levels.

This comes after retailers expressed unwillingness to slash prices of basic foodstuffs, contrary to an agreement reached with the government last week.

An industry player told Business Times that manufacturers were reluctant to reduce prices without a government subsidy. The unnamed official is quoted as saying:

From the meetings we have had since Monday, retailers are arguing that they can’t reduce prices to March 25 levels as manufacturers have since spiked their prices and are reluctant to go down without any form of payment from the authorities.

Hence the government has so far promised to pay suppliers and all those in the value chain and we can see the retailers starting to adjust prices.

Without that prices are not going to go down.

On Wednesday last week, Vice President Kembo Mohadi announced that prices of basic foodstuffs – including maize-meal, rice, cooking oil, sugar, salt, flour and bread — will revert to the levels of March 25, just before the lockdown.

Prices of goods spiked when the government announced a lockdown at the end of March as demand surged, with consumers stockpiling on food for the initial 21-day stay-at-home order.