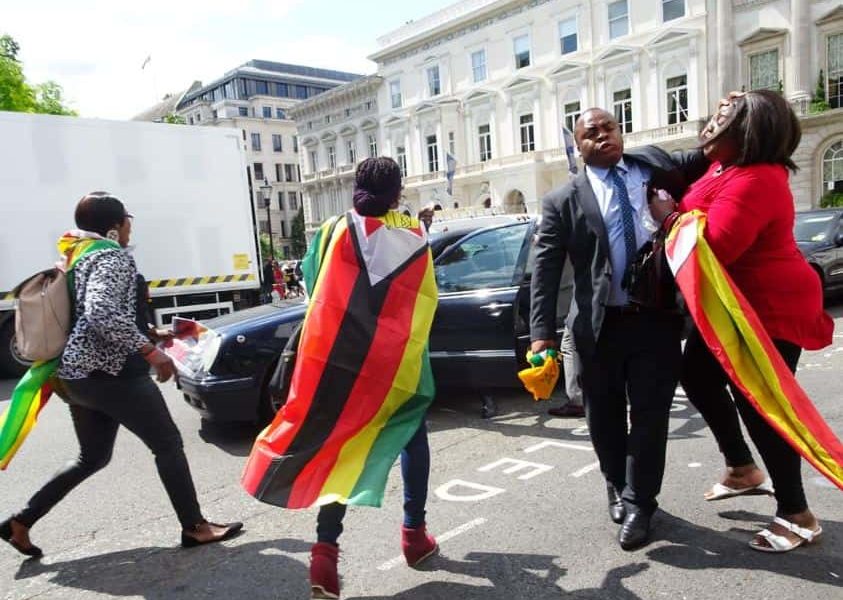 Recent reports claiming that a United Kingdom-based Zimbabwean woman who was among a group of people who attacked Foreign Affairs and International Trade Minister Sibusiso Moyo in London last year was now back home have been dismissed as false.

Mary Nyandoro, who is thought to be an MDC activist, was alleged to have jetted into the country on Monday and quarantined at Belvedere Technical Teachers’ College alongside fellow returnees.

A daily local publication which published the story has since deleted it on its website seemingly confirming other reports that Nyandoro did return to Zimbabwe.

There was a story yesterday doing rounds that SB Moyo attacker was at Belvedere Teachers College- turned out to be false – the usual team remains silent with their masters lie herald.co.zw/sb-moyos-attac… it has been deleted. 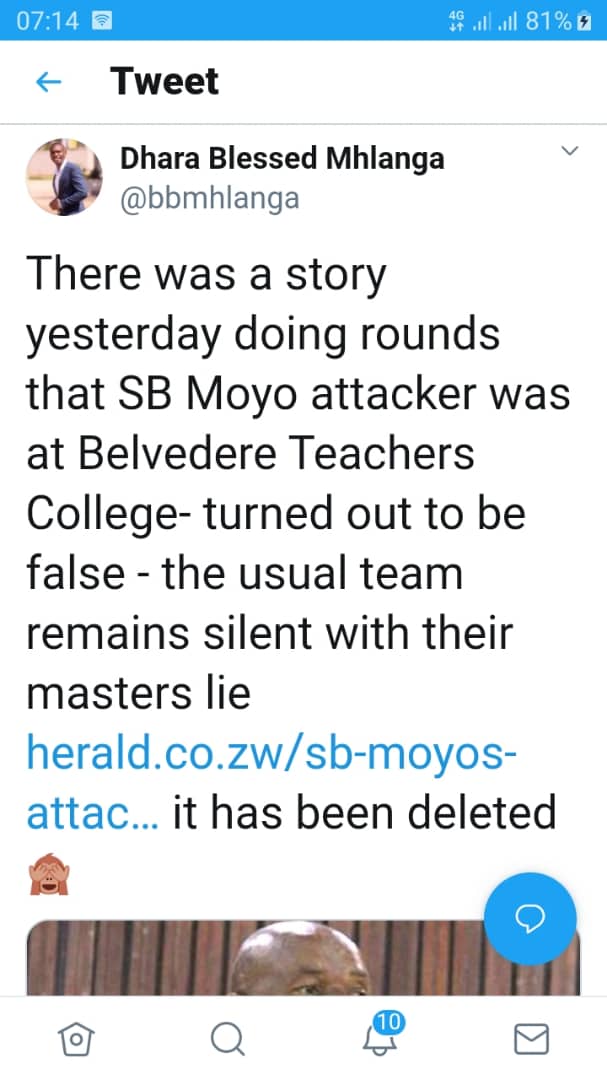 Deputy Minister of Public Service, Labour and Social Welfare Lovemore Matuke had said Nyandoro was indeed among the 26 returnees. He was quoted as having said:

Ms Nyandoro is among the batch of 26 UK returnees who are complaining about the facilities at the college.

4 comments on “SB Moyo Attacker NOT In Zimbabwe”