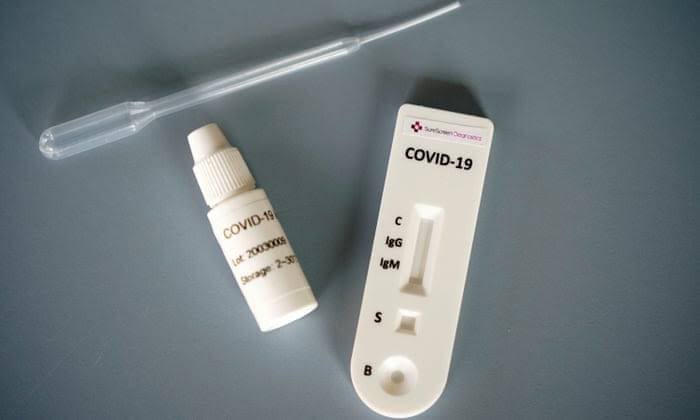 The Provincial Medical Director for Mashonaland East has reported that all four COVID-19 patients have recovered from the disease.

This contradicts the Ministry of Health and Child Care’s daily updates which have consistently put at 2 the number of people who have recovered in the entire country.

A total of 71 suspected cases have been reported in the province. These cases have either tested within the province (58) or were referred to either Wilkins or Beatrice Infectious Disease Hospital (13).

The total number of received results was 65 of which 4 were positive and 61 negative whilst 6 are still pending.

Four cases of Covid-19 have recovered from the disease after having two samples collected and tested negative.

Surveillance: Screening at all ports of entry Nyamapanda boarder Post and Robert Gabriel International airport is being done routinely.

The province had a total of 217 cases put under surveillance to date, 175 of those have finished the 21 days without developing any signs and symptoms, 35 have returned to the countries where they came from, 3 cases are lost to follow up (1 never came to the given address, 1 went to look for employment in Ruzawi no address or phone and 1 false address and phone not reachable) which leaves the province with 4 currently under surveillance. 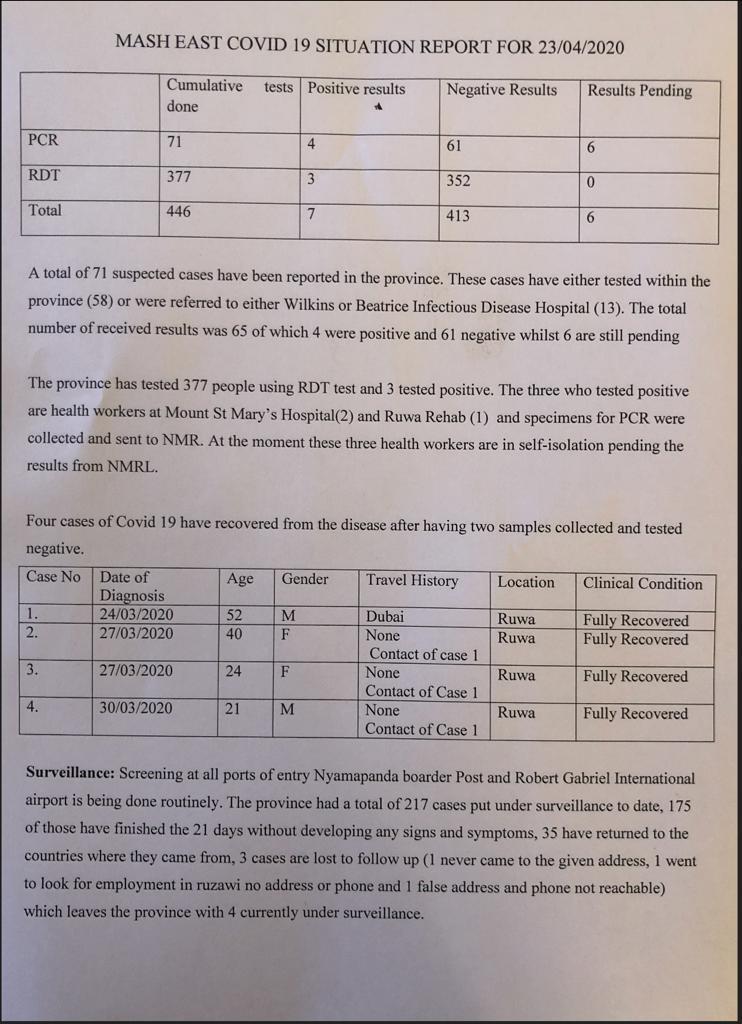