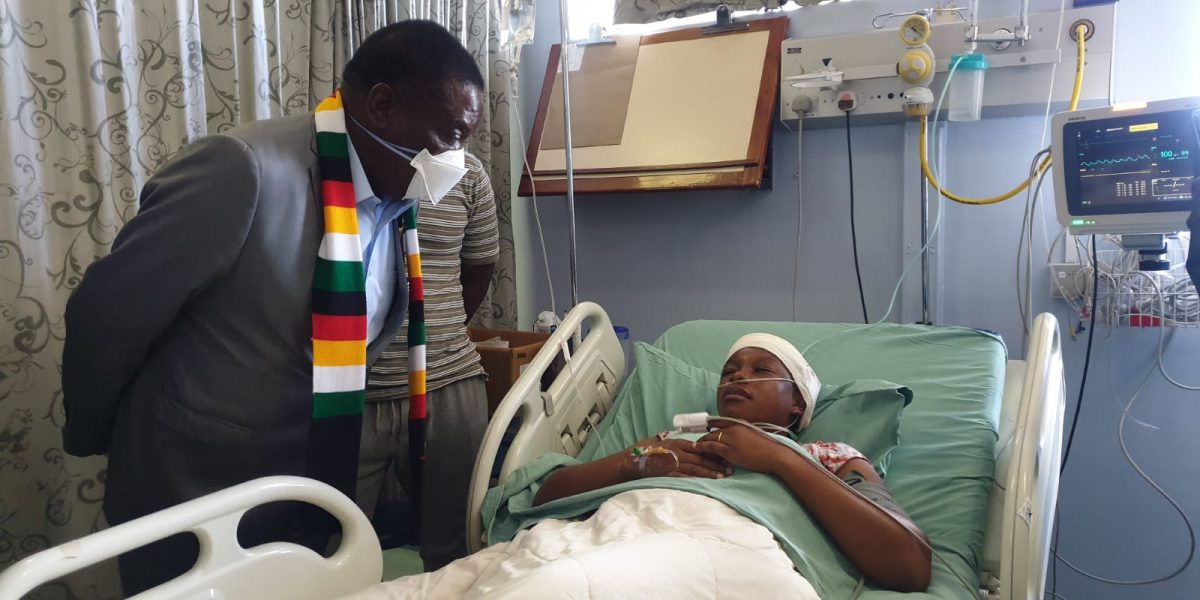 President Emmerson Mnangagwa on Saturday morning visited officers from the President’s Department assigned to the First Lady, who were involved in an accident on Friday.

Three of the officers are admitted at Westend Hospital in Harare while a fourth died at the accident scene when the Totoya Hilux they were travelling veered off the road soon after Mavhuradonha Range.

Reports indicate that the accident occurred after the driver failed to negotiate a curve and rolled down a steep embankment before hitting a tree as the convoy was en route to Muzarabani, Mashonaland Central Province.

An airforce helicopter was scrambled from Harare and transferred the injured from a clinic in Muzarabani where they had been taken.

The First Lady was on her way to donate food hampers and sanitisers at Chidikamwedzi and Kabatamukombe primary schools.

Following the accident, Mnangagwa reportedly abandoned the journey and sent representatives to deliver the donations on her behalf.