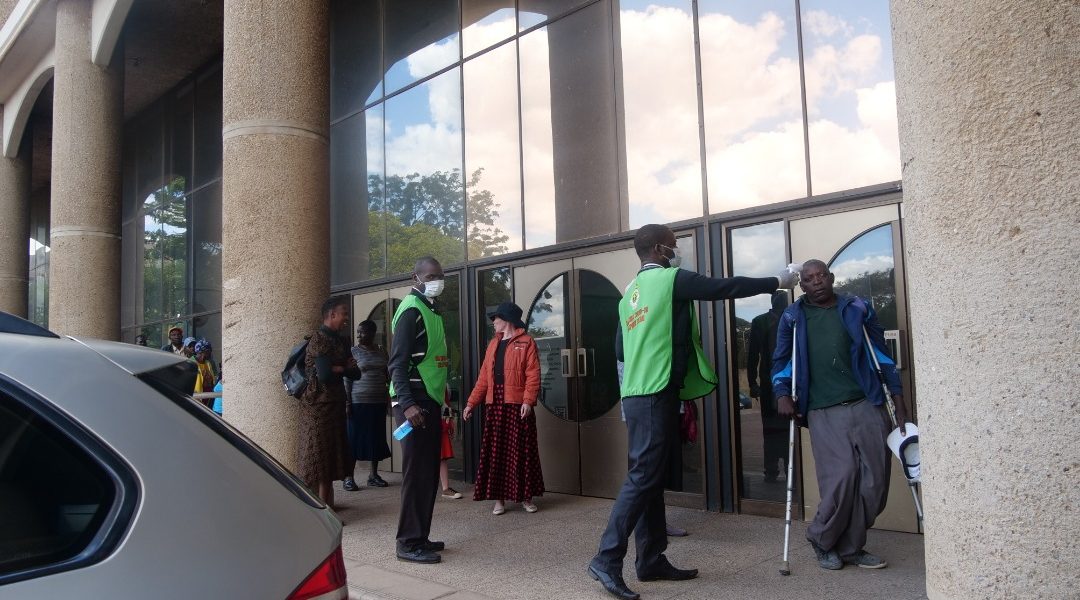 The ruling ZANU PF has this Thursday donated food hampers to “vulnerable groups” at the party’s headquarters.

The development was announced by the party via its social media platforms. Tweeting on microblogging site, Twitter, the party said:

National Lockdown: Cde Muduvuri through the @ZANUPF_Official National Political Commissar Cde Matemadanda distributes the Hampers to the group of those living with Disabilities. Deputy Commissar Cde Hungwe gives a vote of thanks.

The party, however, did not report on the quantity of its donation neither did it specify on the number of beneficiaries.

Ironically, opposition parties are reportedly being barred from mobilising and distributing food aid. The opposition Movement for Democratic Change this week reported that its legislator for Mutasa South, Regai Tsunga had been arrested and fined for distributing mealie-meal which he and his colleagues had mobilised.