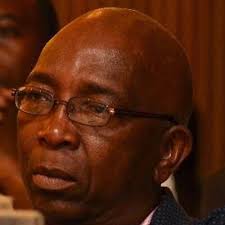 Hours after Daily News’ Gift Phiri succumbed to cancer at Harare hospital yesterday, a former editor at the same publication Ray Matikinye reportedly collapsed and died at his home in Bulawayo, Zimlive reports.

Matikinye’s death was confirmed by his daughter who said Matikinye had earlier in the day gone to the shops to buy some beer and came back and everything was normal:

He came back looking fine and jovial, but suddenly collapsed and died

Stanley Gama described Matikinye as a good mentor who taught him everything he knows:

The journalism fraternity has lost a gentle giant. His speciality was feature writing and analysis. He was well researched and liked teaching young journalists the art of the trade. Ray taught me a lot of things in journalism.