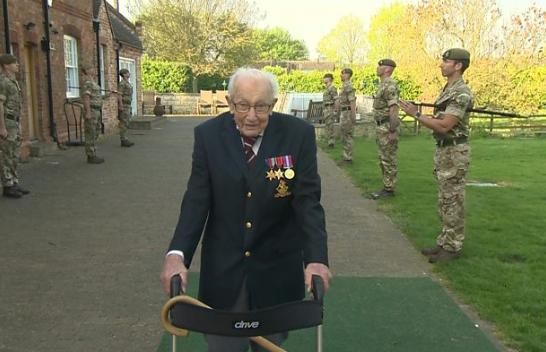 A British War Veteran captain Tom Moore has raised over £23m for the British NHS, by walking 100 laps in his garden before his 100th birthday on 30 April.

Initially, Captain, as he is affectionately known on social media just wanted to raise £1000 for NHS charities when the challenge started.

For more detail check the BBC video below: