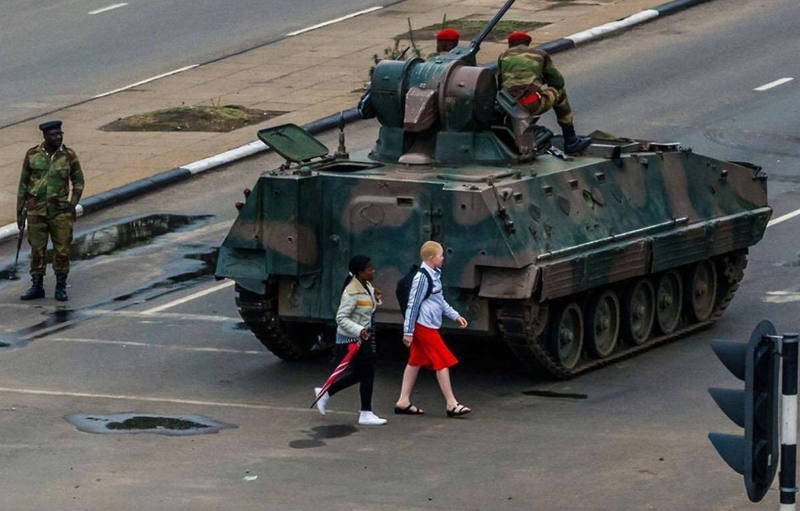 A report by the Stockholm International Peace and Research Institute (Sipri) a military intelligence think-tank claims the ZNA splashed over 92 Million in murky arms deal between the year 2000 and 2006 The Zimbabwe Independent reports.

According to the publication, these are some of the deals that were done during the time of a dire economic crisis that eventually led to the total collapse of the economy:

The Sipri report, titled Transfer of Major Weapons: Deals with Deliveries or Orders Made From 1995 to 2019, for the first-time sheds light on Harare’s acquisition of arms from Asia and Eastern Europe at a time of economic collapse, while neglecting social service delivery and clocking up massive debt.

In that period, Zimbabwe’s economy suffered unprecedented decline, triggered by chaotic land seizures, unbudgeted disbursement of millions of dollars in compensation to veterans of the country’s liberation war and the costly foray into the Democratic Republic of Congo’s civil war.

According to Sipri, Zimbabwe, isolated by Western governments, paid US$55 million between 2004 and 2006 to China to bolster its military arsenal. It bought a range of fighter aircraft and infantry fighting vehicles (IFVs) in 2004 that included 10 units of Type 85 IFVs, five units of Type 89/ZSD 89 armoured personnel carriers and six K-8 Karakorum jet trainer aircraft. The purchases were made in 2004 at a time when the British government refused to sell crucial spare parts to Zimbabwe for the maintenance of Hawk fighter aircraft.

Zimbabwe had last received a shipment of military hardware from the United Kingdom (UK) in 1992 at a cost of US$22 million, Sipri reports.

According to the report, the purchase of a fleet of six K-8 Karakorum jet trainer aircraft from China in 2006 cost Zimbabwe US$21 million.
Three years earlier, Harare had taken delivery of three Mig-230M aircraft for US$15 million from Libya during the rule of Muammar Gaddafi, who was later deposed.

According to Sipri, all the countries which sold arms to Zimbabwe declared the transactions, but Harare did not. Sipri also shows that Zimbabwe was active in the arms bazaars of Eastern Europe, where it bought a range of aircraft accessories from Ukraine in 2006. They included 12 units of AL-25 turbofan engines for the K-8 Karakorum aircraft. From 2001 to 2006, Harare shelled out US$17 million to Kiev for military hardware, Sipri reveals.