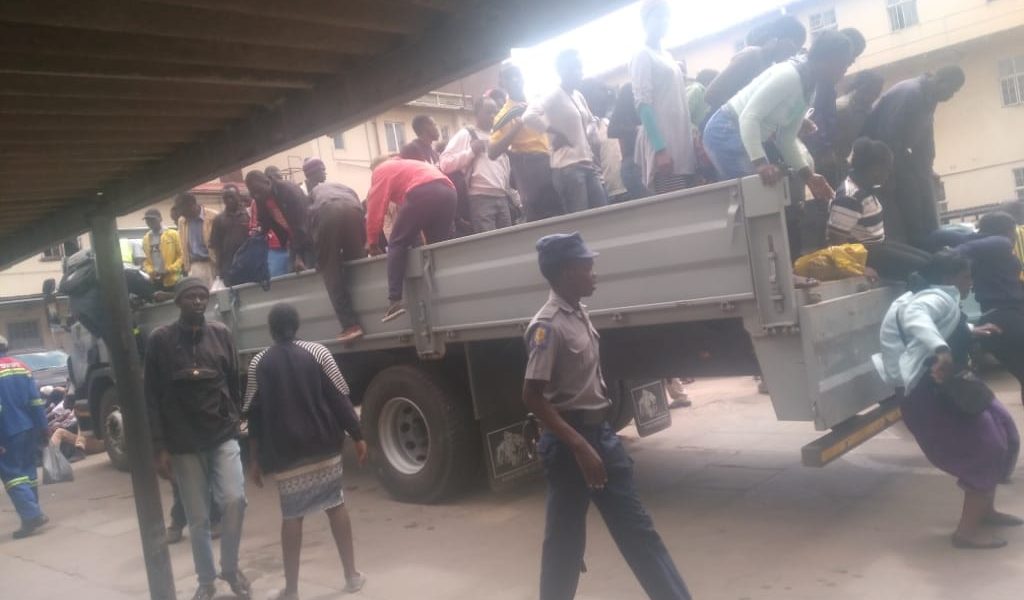 The Zimbabwe Republic Police has arrested nearly 2 000 people since a national lockdown to control the spread of the novel coronavirus was imposed last week.

The majority of the offenders were fined between $200 and $500 and released. National police spokesperson Assistant Commissioner Paul Nyathi said:

About 1 918 people across the country were arrested for various offences in defiance of the 21-day lockdown.

About 106 were arrested for unnecessary movement, 39 for gathering in public places and 179 for other offences.

Those who are arrested are forced into overcrowded police trucks without being given protective clothing while the officers are also exposed to contracting the virus.

Meanwhile, the Ministry of Health and Child Care has conducted less than 400 COVID-19 tests since the disease was first detected in the country several weeks ago.

Health and Child Care Minister Obadiah Moyo said the reason why Zimbabwe has tested fewer people than other countries was that only those exhibiting symptoms synonymous with the coronavirus case definition are being tested.