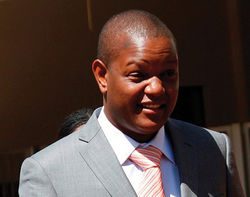 According to the publication, Goreraza stopped paying for his car in July last year and he was over R389 000 in areas.

Goreraza told his bank that he was having financial challenges:

He told us that his mine and farm workers in Zimbabwe were on strike and this has resulted in a loss of income for him and his family. He then told my colleagues who repossess cars that although he was in Zimbabwe, he was giving them permission to go and take the car from his house.

Goreraza is reportedly behind schedule with his payments for yet another car he is supposed to be paying instalments for till October 2022.