Hopewell Chinono yesterday said Chinese nationals were dying in their homes as government hospitals refused to attend to them. Chin’ono further claimed that funeral parlours were even refusing to take in dead Chinese bodies.

Today Chin’ono shared photos he said were proof that a dead body was being driven around town as parlours refused to take the body.

Twice, I have said that there was a dead Chinese national who was being driven around in car in Harare. As usual regime apologists like Conway Tutani called me a liar! Here are the pictures, if they call me a liar again, I will release the names and passport numbers. Kwanayi! 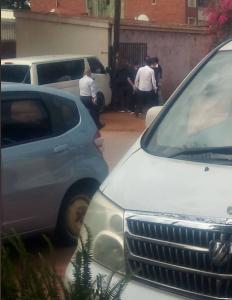 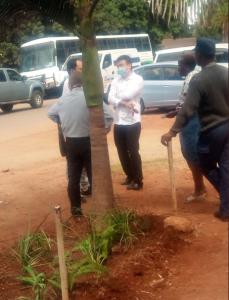 The Photos were further confirmed by Zimlive in a Tweet Which reads:

#CoronavirusZim These dramatic pictures sent by a reader allegedly show Chinese men outside Nyaradzo Funeral Services in Harare trying to deliver a dead body in a kombi. Man died at a house in Harare. Nyaradzo staff refused to receive body without police. Negotiations in progress

2 comments on “PICTURES: Hopewell Chin’ono Shares Pictures Of A Chinese National’s Body Being Driven Around Town As Palours Refuse To Accept It”