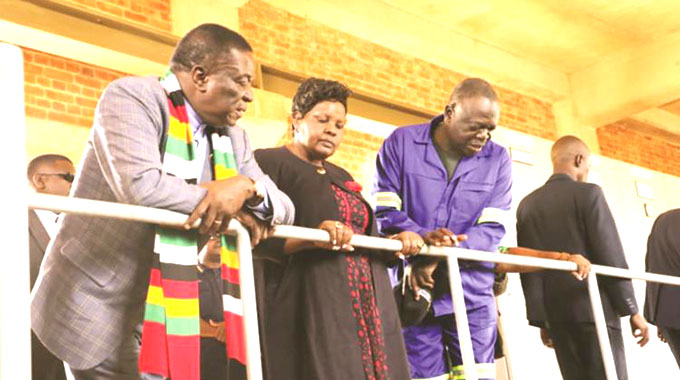 President Emmerson Mnangagwa on Wednesday toured Nyanga where he commissioned Nyakomba Irrigation Scheme in the morning before addressing a rally at Bumhira Secondary School in the afternoon.

When the Cabinet met on Tuesday, Information Minister Monica Mutsvangwa announced the “immediate suspension of all gatherings of more than 100 people such as the 2020 Independence Anniversary celebrations, church gatherings, weddings and burial ceremonies for a period of 60 days.”

The following day, President Mnangagwa revealed that he had deliberately set March 20 as the date on which his directive for people to avoid gatherings in excess of 100 would come into effect because he did not want to cancel his tour of Nyakomba and a political rally in Nyanga. He said:

The ban will come into force on Friday (tomorrow) so people can still congregate up to Thursday (today) and not breach the ban hence you have the permission to gather as you have done here today.

The Nyakomba project commenced in 2015 and was funded to the tune of US$15 million under the Japanese Grant Aid.