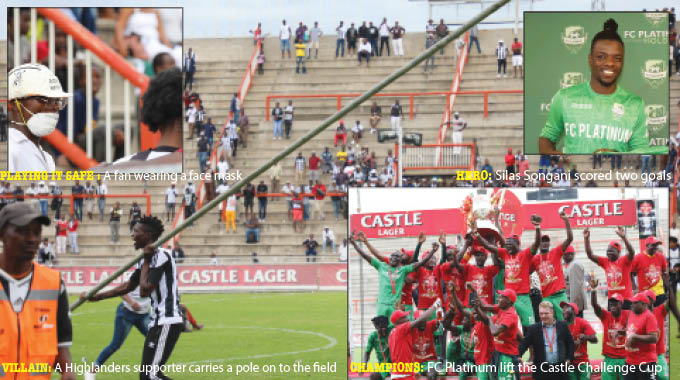 Highlanders FC fans became riotous and invaded the pitch in the club’s 2-0 loss to FC Platinum in the Castle Challenge Cup played at Barbourfields Stadium on Saturday.

The match, which was streamed on social media and watched by fans as far as Italy, was stopped for a considerable period of time after Bosso fans overran the pitch and pelted police officers with stones.

The Zvishavane-based club has established a hegemony on the domestic football scene having also won the Castle Lager Premier Soccer League for the third time in a row.

FC Platinum coach, Pieter Hendrik De Jongh, who was at Highlanders a few months ago and left the club in acrimonious circumstances, gloated about the attractive football displayed by his team. He declared:

It was a football show, we played very well, we played very aggressively, high pressure created a lot of chances, Highlanders totally had no answer. I am at FC Platinum to win titles and cups, this is the first cup, more to come.