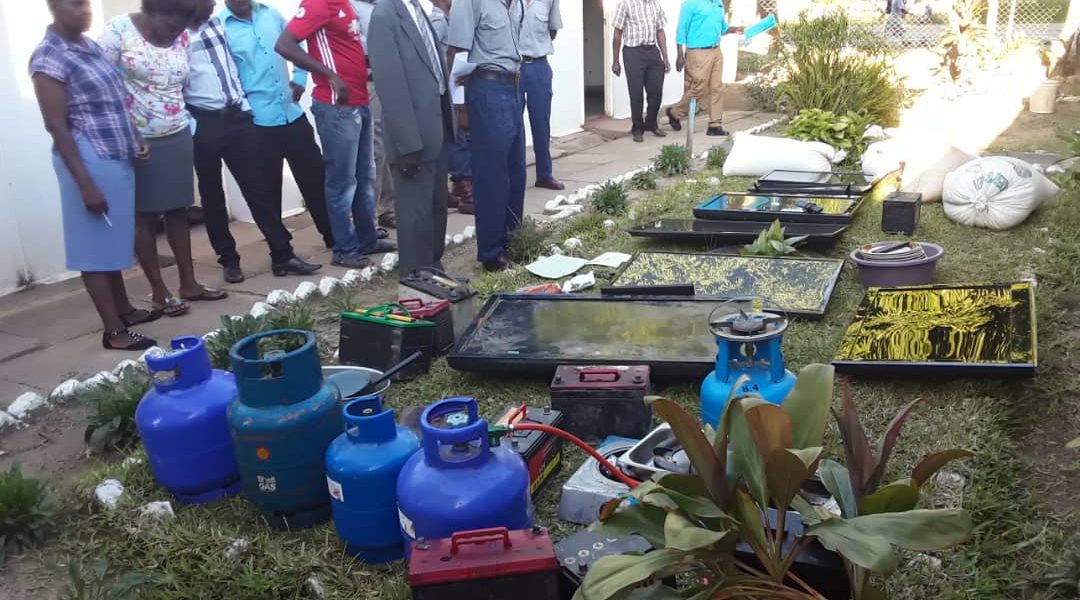 Police in Bindura have recovered property worth ZWL$300 000

ZWL$300 000 worth of households goods have been recovered following the arrest of three suspected robbers by police in Bindura.

The recovered items include seven plasma televisions, 11 car batteries, 8 cell phones and 5 gas tanks among others and a star pistol with 18 rounds of ammunition.

This gang is linked to 17 cases which we think we’ll clear, 2 armed robberies, 8 robberies plain and 6 unlawful entry cases which were all happening in Shamva. We still have others at large and our team is on its heels.

Chief Superintendent Murenje advised members of the public against buying property which could have been stolen as they risk losing it through forfeiture.