Justice Mayor Wajadyena, ZANU PF legislator for Gokwe-Nembudziya has paid ZWL101 151.88 towards fees for pupils in schools in his constituency.

The payment was announced by ZANU PF Patriots who posted on Twitter and said:

Proof of payment for exam fees paid by cde @JusticeMayorW 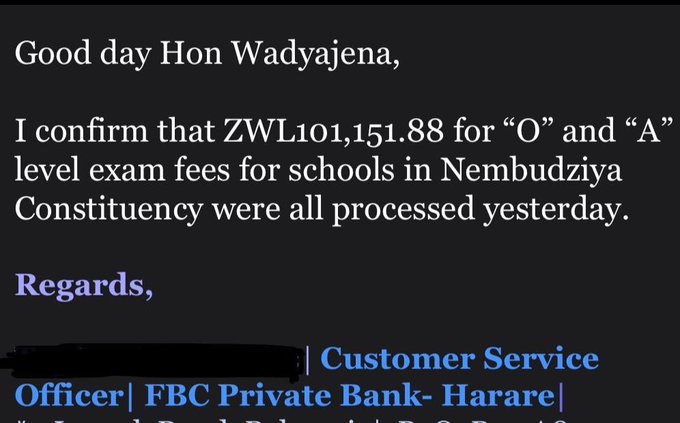 Hopewell Chin’ono, however, says that although the money (US$2 800) is enough for the fees, it is just insignificant when compared to around USD400 000 tax he evaded when he imported his Lambhorgini.

Others say that what is needed are not donations but a government that provides opportunities to the citizenry so that everyone is enabled to pay for their own fees.