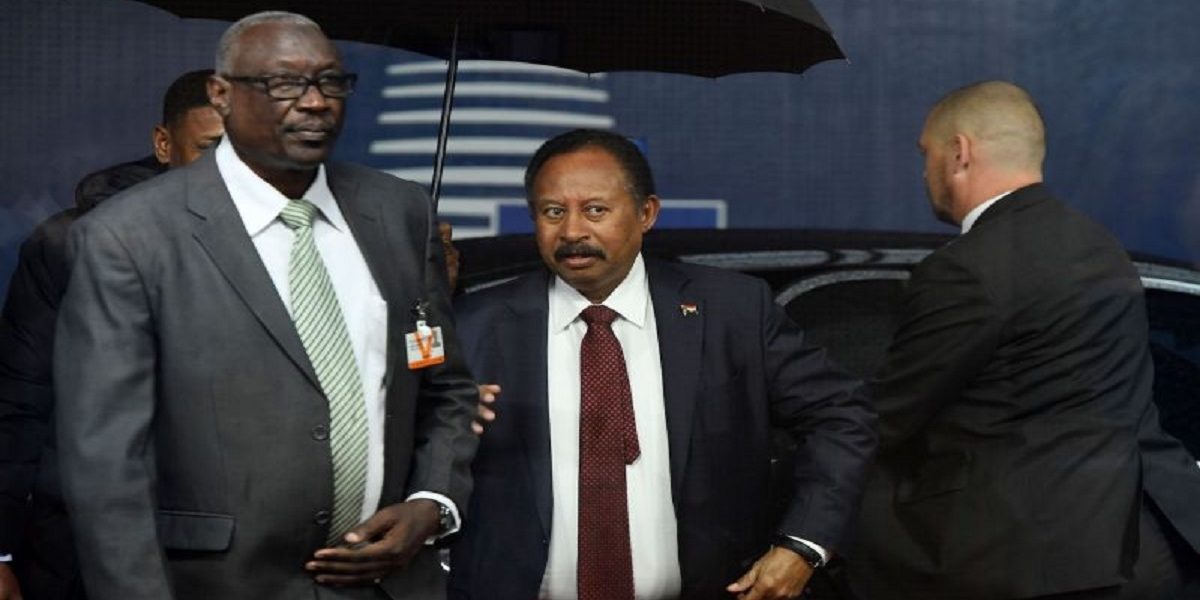 Sudan’s Prime Minister Abdalla Hamdok arrives prior to a bilateral meeting with the minister of the European Union for Foreign Affairs and Security Policy at the EU headquarters in Brussels on November 11, 2019. (Photo by JOHN THYS / AFP) (Photo by JOHN THYS/AFP via Getty Images)

The development was announced by Ali Bakhit, the prime minister’s office director on Monday on state media. Bakhit said:

An explosion hit as Prime Minister Abdalla Hamdok’s car was driving by but thank God no one was hurt.

Footage posted online showed two white vehicles used by Sudan’s top officials parked on a street, damaged with their windows broken while another vehicle was badly damaged in the blast.

Military generals remain the de facto rulers of the country and have shown little willingness to hand over power to the civilian-led administration.