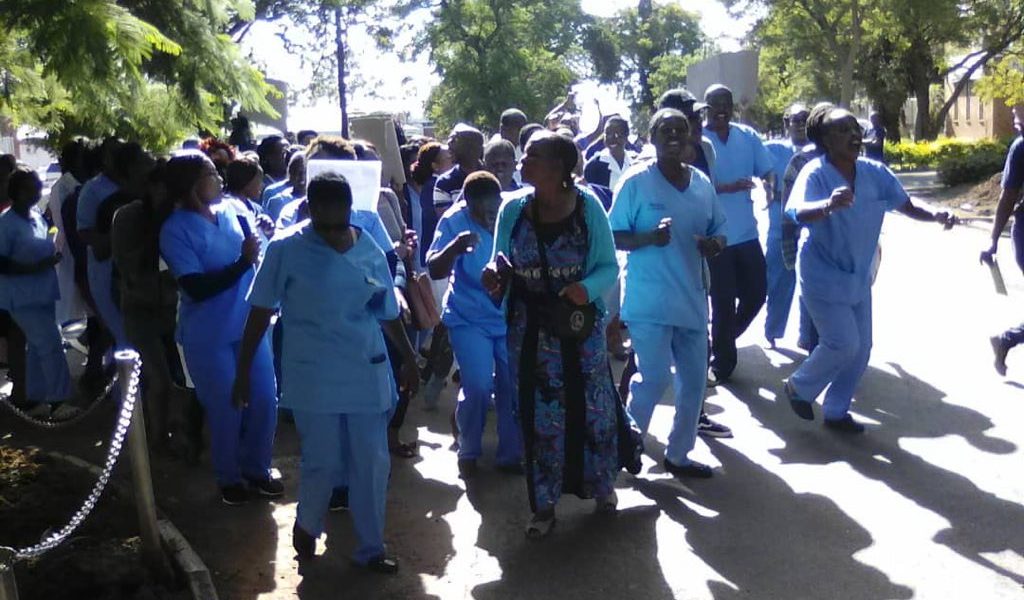 Nurses at the government-run Mpilo Central Hospital held a demonstration at the institution on Monday morning.

The nurses were protesting against hospital Chief Executive Officer Mr Mabandi who is reportedly making the nurses work 4 days of 12-hour shifts.

Meanwhile, the nurses are waiting for the outcome of negotiations between the government and the Zimbabwe Nurses Association (ZINA). The nurses want to work for two days.

Another grievance raised by the protesting nurses has to do wit the misuse of the hospital’s ambulances.

They were complaining that matrons use the hospital ambulance to go for worship while the hospital cannot take care of its patients.

Some nurses were saying that they are forced to come to work but there is no medication for patients. An unnamed nurse said there is only one thermometer in the whole hospital.