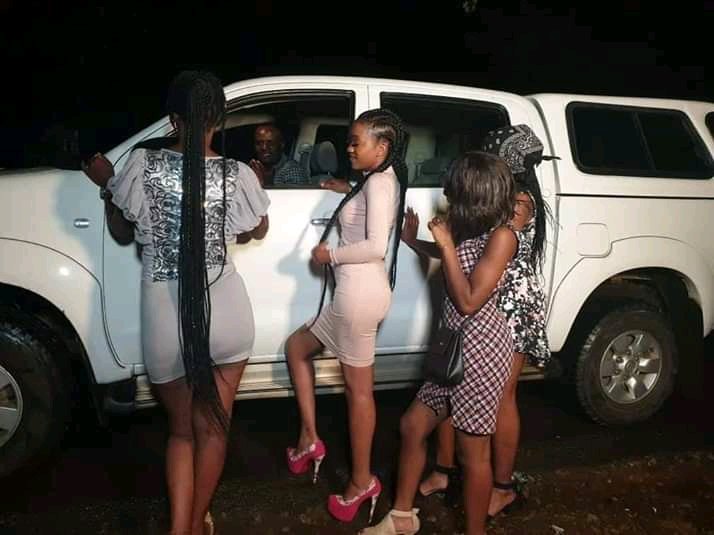 Guitarist and music producer Clive Mono Mukundu has warned men who frequent the Avenues area for ladies of the night that they risk extortion.

Posting on his Facebook page, Mukundu narrated his friend’s ordeal. He said:

Saturday night on my way home towards midnight I was stopped by a man who looked very desperate. I stopped, rolled the window slightly & gave him an ear.

He had recognized me so I was his only hope. He had “catched” one of the red light district girls. After whatever they did the lady hiked her fees from $50 bond to $5US, apa he had no money left after giving her the 50bond.

So he begged me to borrow him $5Usd, in order to protect his dignity because the woman was threatening war, she was gonna call for back up and she was gonna film the fracas on camera & expose him, apa the guy is a church official.

I agreed to help him on condition that he gives me something as collateral, but when she saw that I was willing to help him she then hiked it to $50 Usd & had confiscated the guys’ car keys.

Luckily I had the 50USD, he gave me a Laptop as collateral, gave her the money & she disappeared into the night to look for another victim, that’s when he discovered that she had stolen his other cellphone phone & other small items as he was negotiating with me.

A friend of mine who stays in the avenues say such extortion cases happen daily these days, no one reports to the police because it fumuraz the victim kuti he was keching prostitutes.

But some of the guys return back with back up for ma recovery, that’s when you hear stories of prostitutes being beaten up or killed, & people are quick to equate the cases with domestic violence, no ma recovery.

So I met the guy yesterday morning, he gave me back my money & I returned his Laptop & advised him to stay away from those ladies.

He said the lady was very nice before the act, as soon as it was done she totally changed into a new person, hiked her fees & started making threats, & I hear the threats are not empty threats at all.

So guys, stay away from those ladies.