Norton legislator (independent), Temba Mliswa has said Justice Mayor Wadyajena must recuse himself from the Parliamentary committee that is investigating possible abuse of funds by the Grain Millers Association of Zimbabwe (GMAZ) as he is allegedly using the platform to settle scores with GMAZ president, Tafadzwa Musarara.

Wadyajena, who chairs the Parliamentary Portfolio Committee on Lands, Agriculture, Water and Rural Resettlement, alleges that GMAZ received US$27 million for the importation of wheat but GMAZ is refuting the allegations.

Mliswa and MDC legislators have said that due to conflict of interest, Wadyajena should not continue to chair the committee. Posting on Twitter, Mliswa said:

This letter forms basis enough for  @JusticeMayorW to recuse himself. The Committee has a number of competent members to Chair in his place. It’s concerning, however, the number of assertions against him. I’ve made my own with regards his conflict with Kuda Tagwirei 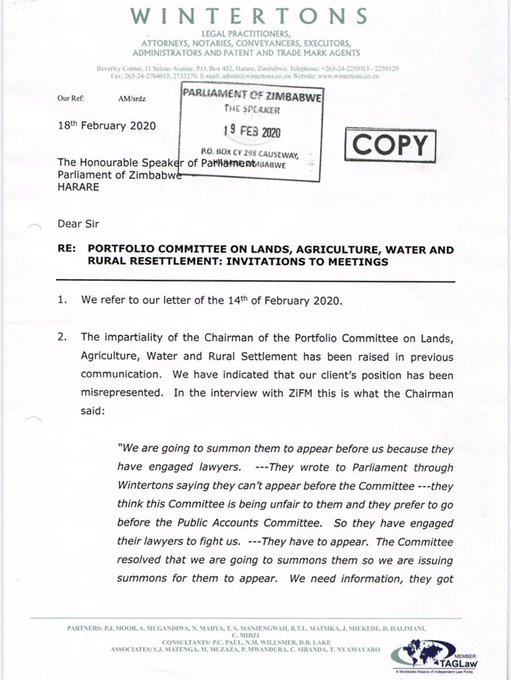 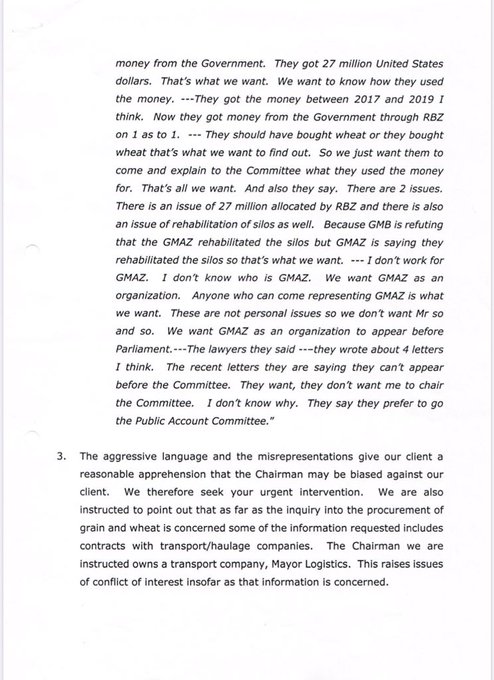 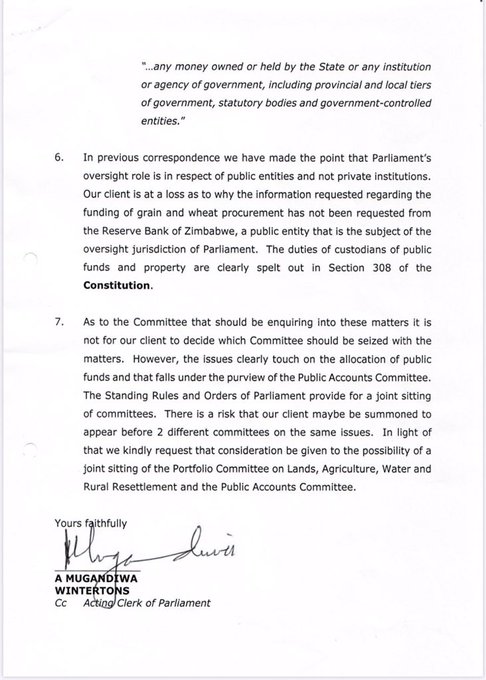 In order to mitigate MPs possibly using positions in Parly Committees to settle scores or for selfish gain a rotational system should be implemented. Parly must be above corruption. Precedence has been set, the Committees aren’t about individuals but the institution

This is the same MP who’s yet to account for his source of income in purchasing trucks & a Lamborghini or for the requisite duty. However we have those like @GeniusKadungure in jail for the same. Why is it different strokes for different folks?