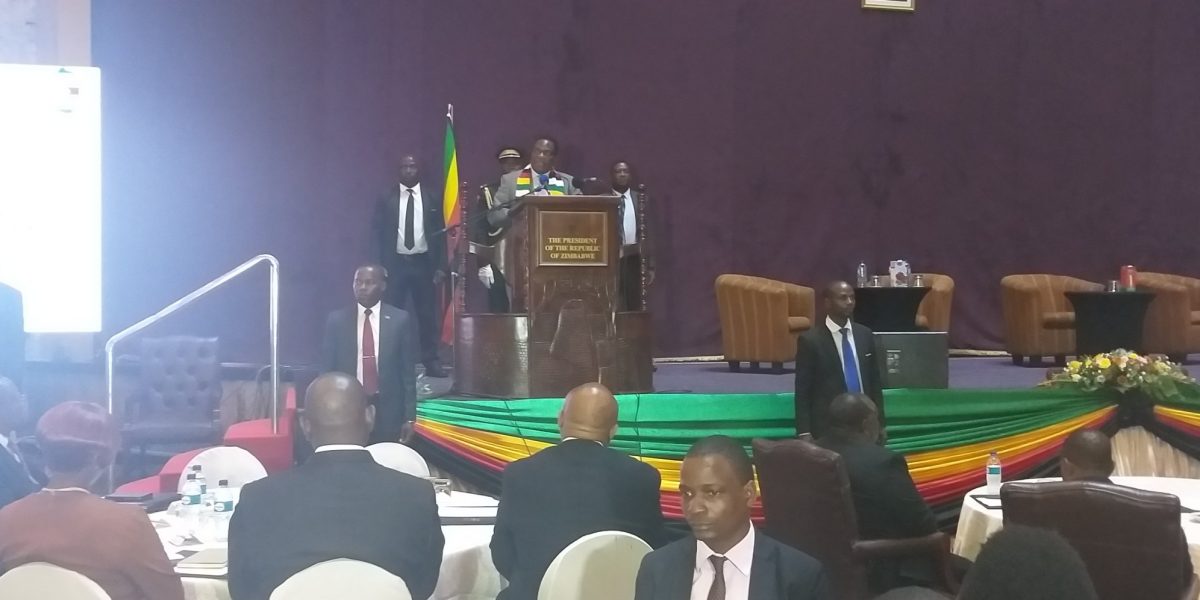 Business and Labour leaders on Thursday told President Emmerson Mnangagwa to dump the Zimbabwe dollar by mid-year if it continues to devalue as has been happening since its re-introduction seven months ago.

Currency has to store value, and in all honesty, the local currency cannot be said to be a store of value.

The currency tends to move in one direction that is downwards. A normal currency must fluctuate — move up or down depending on supply and demand aspects in the economy.

We need to stabilise the currency and if we fail to do so by mid-year or end of the year we have to look at an alternative currency.

Also speaking at the event, Zimbabwe Stock Exchange chief executive Justin Bono said the Zimbabwe dollar is scaring away investors due to its volatility.

Meanwhile, Apex Council chairperson Cecilia Alexander told President Mnangagwa and his POLAD colleagues that the market has re-dollarised yet civil servants were still being paid in local currency and this could lead to the collapse of social systems.

One Comment on “Moment Of Truth: ED Told To Dump Zim Dollar & Look For Alternative Currency”